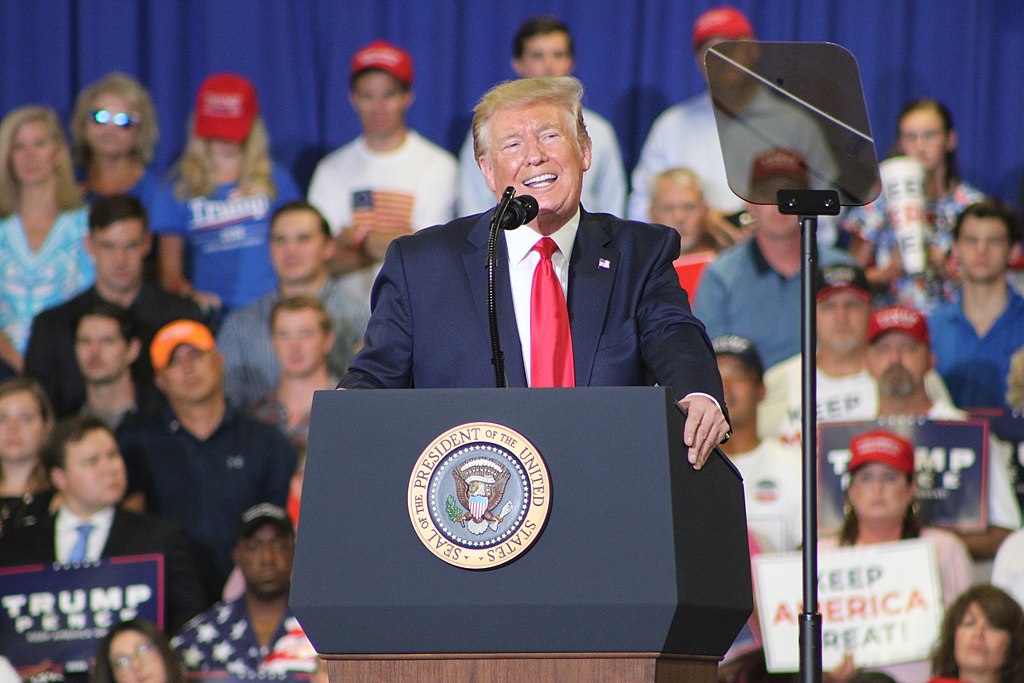 Pres. Donald Trump speaks at a rally in Fayetteville, North Carolina, in 2019. Image: Jackson A. Lanier, via Wikimedia Commons.

President Donald Trump is being taken to Walter Reed National Military Medical Center to be treated for COVID-19.

The President, who announced on Twitter early Friday that he and First Lady Melania Trump had tested positive for the coronavirus, will be transported to Walter Reed, which is located in Bethesda, Maryland. The First Lady remains well with only a mild cough and headache, according to CNN, and the remainder of the first family is well and have tested negative. CNN is reporting that Trump has had a fever since Friday morning.

Press Secretary Kayleigh McEnany told CNN “the President will be working from the presidential offices at Walter Reed for the next few days.”

Trump is not the first world leader to contract COVID-19. Brazilian President Jair Bolsonaro, Russian Prime Minister Mikhail Mishustin and British Prime Minister Boris Johnson have all been infected. Johnson spent a week in the hospital with three nights in intensive care.

People around the world—including Trump’s Democratic challenger, Joe Biden—have wished the President and the First Lady well. Gov. Andy Beshear expressed support for the President via Twitter. He also asked the public to take COVID-19 seriously.

“This virus is real and can impact anyone,” the governor said. “Wear your mask, social distance and follow the guidelines. To the President, First Lady & everyone facing this virus – we hope for a quick recovery.”

The United States remains the global epicenter of the pandemic, with over 7.5 million confirmed cases—including 43,631 new cases by press time Friday. So far, 213,411 Americans have died, according to Worldometers.info, with 751 new deaths by press time, while over 4.7 million are listed as having recovered.

Across the world, there have been over 34.7 million confirmed cases, with over one million deaths reported. So far, over 25.8 million people have recovered. 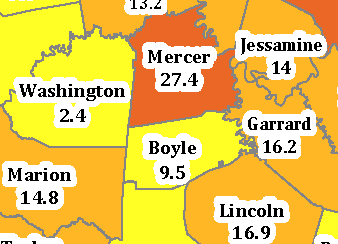 Mercer County remains in the red on the Kentucky Department of Public Health’s map. The incidence rate, which is calculated based on 100,000 people, not Mercer’s population, has gone down to 27.4 percent from 31.3.

On Friday, the Mercer County Health Department announced five new cases, bring the number of confirmed cases to 295.There are currently 76 active cases, with nine people in the hospital. So far, 12 Mercer County residents have died, according to the health department.