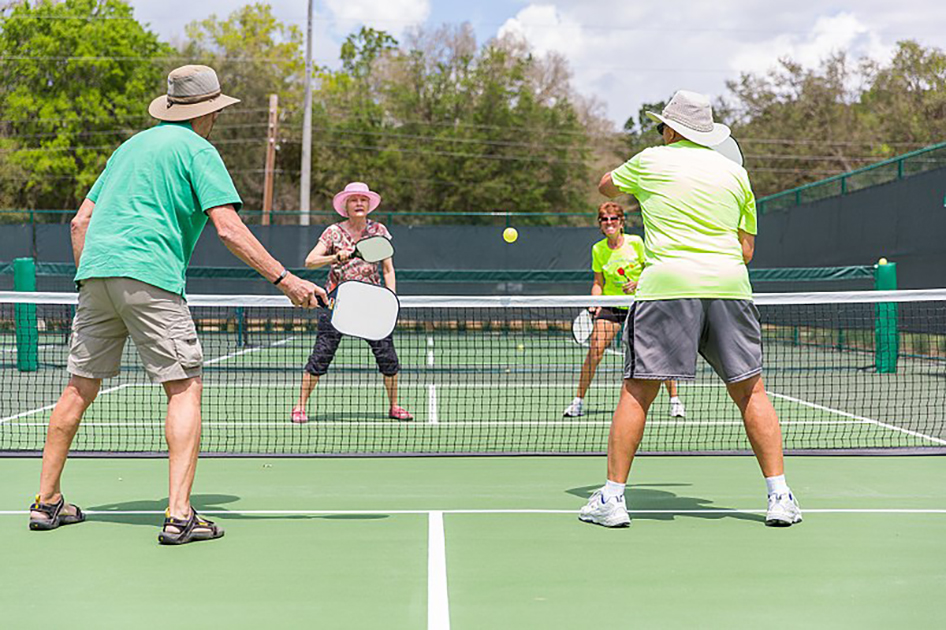 The City of Harrodsburg has decided to give the people what they want. And what the people want is pickleball. Due to numerous requests from city residents, the city is painting the public tennis courts at Lions Park to make them usable for pickleball.

If you haven’t heard of pickleball, it’s a sport that combines elements of badminton, table tennis and tennis. Pickleball has exploded in popularity in recent years. The idea was brought before the commission by Commissioner Marvin “Bubby” Isham. While some commissioners said they had never heard of pickleball, both Isham and Mayor Art Freeman said they had received numerous requests to set up a court. The striping will not interfere with the tennis courts, officials say.

Pickleball lovers are not the only ones who came away happy from the Harrodsburg Board of Commissioners Regular Meeting on Monday, Sept. 28. The commission also agreed to Kevin Mann’s request to install a crosswalk on West Broadway.

Mann asked for the crosswalk because he said drivers were running the stop signs.

“People run every damn stop sign in Harrodsburg,” Mayor Freeman said. Freeman said they would send Albert Moore, the director of public works, to install the pedestrian crosswalk. Officials say they will step up police patrols in the area.

The commissioners will get another chance to make residents happy on Thursday, Oct. 1, at 5:30 p.m. They are holding a public hearing on the tax rate. The hearing is a legal formality required by state law. It is doubtful anyone will object to a cut in their property taxes.

Earlier this month, the commissioners gave first reading on ordinance 2020-06, setting the tax rate for real and personal property at 6.65 cents per $100 in assessed value. This is the four-percent rate, which is calculated by the state to increase revenue by four-percent. However, because assessments are up for the year, that rate is actually less than the current rate,  6.68 cents per $100.

City Attorney David Taylor said the issue was out of the city’s hands.

“It is in circuit court and we don’t have the authority to tell the circuit judge to amend this or that,” Taylor said. Pointing at the Mercer County Judicial Complex, Taylor said, “The big man over on the second floor is the only who can do what you’re asking to be done.”

Mayor Freeman said the liens represented money the city had spent. Miner suggested the city wouldn’t recover that money if the properties were auctioned off.

“It would be best for you not to board up somebody else’s house,” Freeman said. “Let the city take care of that.”

• Approved a water bill adjustment for Mary Elizabeth Stein from $520 to $260.

The commission also approved the promotion of Firefighter Michael Cox to lieutenant with a 50 cents an hour raise.

Commissioner Charlie Mattingly said paving on Tapp Road is finished. The work on Beaumont Avenue will begin in two weeks, he said.

The next regular meeting of the Harrodsburg City Commission will be held on Monday, Oct. 12, at 6 p.m.