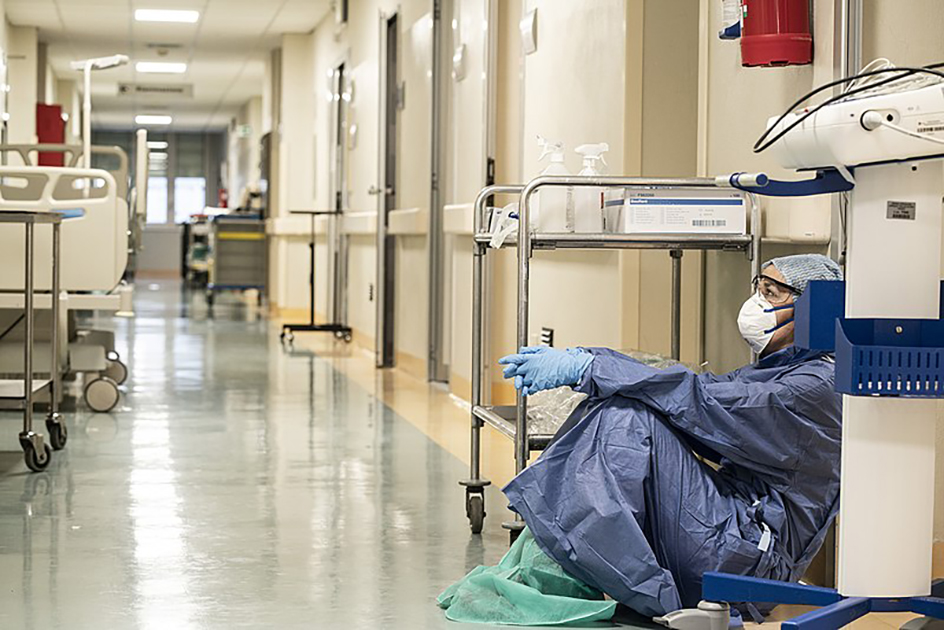 A fifth Mercer County resident has died because of COVID-19. The Mercer County Health Department announced the death on their Facebook page Tuesday. The first local COVID-19 death was recorded in August. Over the past month, four more people have died. At least three of them were residents at Harrodsburg Nursing and Rehabilitation Center, according to the state dashboard. According to the state, 45 residents and 14 staff members have been infected so far. At least 10 residents and eight staff members have recovered.

Locally, there have been 229 total cases, with three new cases recorded Tuesday. There are currently 41 active cases with four hospitalizations and 102 people in quarantine. 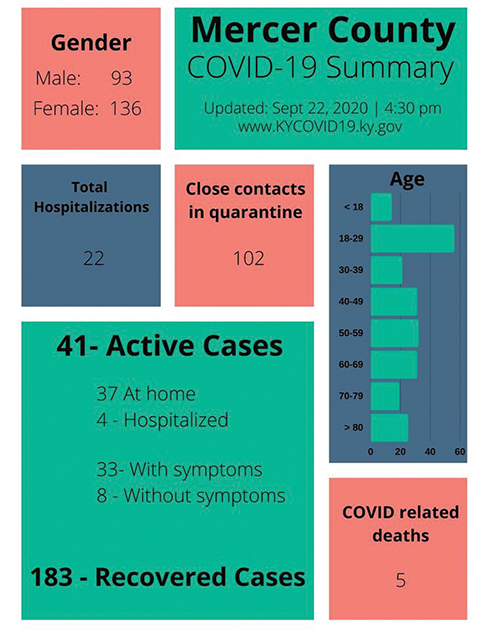 In the U.S., deaths have passed 200,000, more than the number of Americans who died in both World War I and the Vietnam War combined, according to the U.S. Census Bureau. America currently accounts for roughly 21-percent of all confirmed COVID-19 deaths around the world despite having only four-percent of the world’s population.

“It’s difficult to comprehend that this virus that pretty much didn’t exist at the beginning of the year, in about six months would take 200,000 Americans,”  Gov. Andy Beshear said at Tuesday’s briefing. “I certainly don’t have a challenge in my lifetime where we have lost so many Americans.”

Gov. Beshear noted that there are only a couple of cities in Kentucky that have populations bigger than the U.S. COVID-19 death toll.

“This virus is deadly, it’s real and it’s harming and killing us,” Beshear said. “On a day when we’ve lost 200,000, and some numbers are going up, we have to understand our fight is still going on.”

On Tuesday, Sept. 22, the governor announced 824 new cases, raising the state’s total to 62,731. The number of young people who become infected continues to grow. Beshear said 134 of the new cases were  children aged 18 and younger, with 22 of them aged 5 and under. The youngest was 6 days old.

Seven new deaths were reported, raising the total to 1,119 Kentuckians lost to the virus. In addition, the positivity rate, which had been declining over the past week, went up to 4.52-percent.

As of Tuesday, there have been at least 1,142,031 coronavirus tests performed in Kentucky. So far, at least 11,361 Kentuckians have recovered from the virus.

Around the world, there have been 37.1 million  confirmed cases and 973,598 deaths. So far, over 23.2 million people have recovered, according to Worldometers.info.

In the U.S., there have been over seven-million confirmed cases of COVID-19, with 27,878 reported on Tuesday by press time. So far, 205,273 Americans have died, with 771 new deaths reported Tuesday. According to the website, over 4.3 million Americans have recovered.

For a full break down, visit govstatus.egov.com/kycovid19.