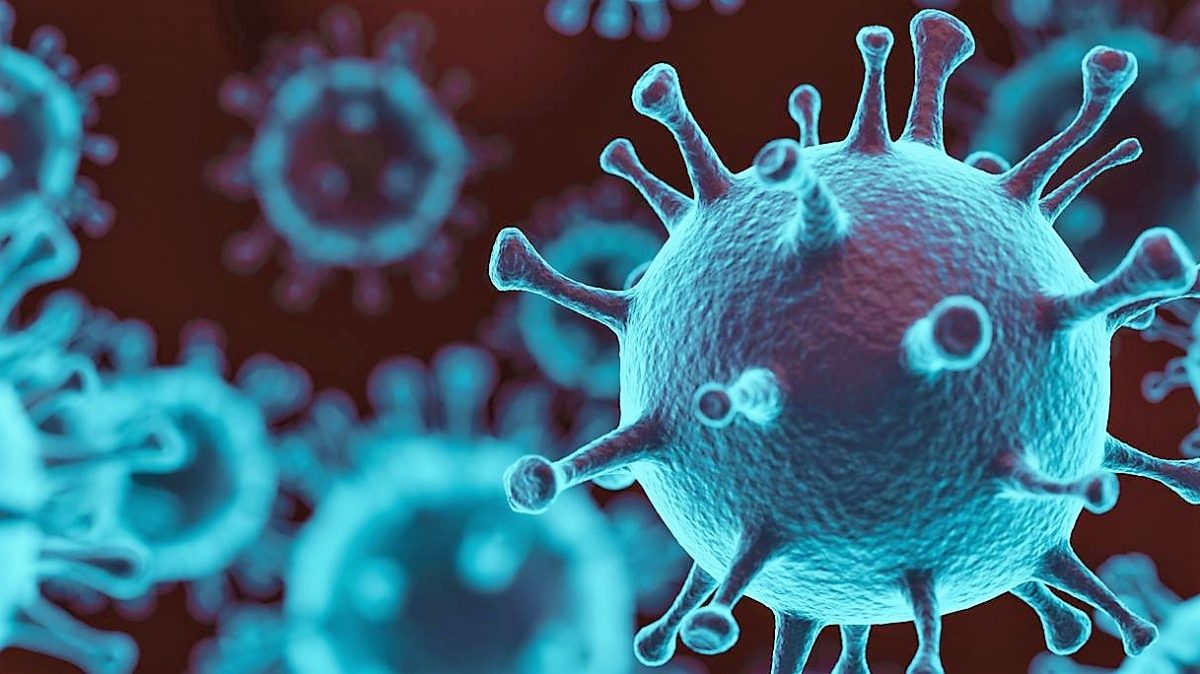 The Kentucky Department for Public Health has issued an advisory asking Kentuckians who have traveled to states reporting high numbers of COVID-19 to self-quarantine for 14 days.

The new actions come after the commonwealth recorded one of its worst days ever for new cases. On Sunday, the governor announced 979 new cases of COVID-19, including 30 children under the age of five.

State officials called the number of new cases alarming, especially on Sunday, where there is typically more limited reporting than on other days of the week.

“This ought to be a wake-up call for everybody,” Beshear said Sunday. “This is a rough day for the commonwealth.”

At Monday’s briefing, the governor announced 258 cases, which he said was low because many testing centers are closed on Sunday. He predicted the number of new cases would jump again as they have for the last week.

“I expect that number to grow some,” the governor said.

The new cases bring Kentucky’s total to 23,414, including eight children under the age of five, with two of them being three months old. In addition, one new death was reported, raising Kentucky’s toll to 671. So far, 6,876 Kentuckians have recovered.

The governor also noted that Kentucky’s infection rate—which is based on a seven-day rolling average—is 4.52. While that is still under the World Health Organization’s standard, which is that states should have a positivity rate of 5 percent or lower for at least two weeks before reopening, it’s still twice what it was in late June, when Kentucky’s positivity rate was below 2.5 percent.

There are now over 14.8 million confirmed COVID-19 cases across the world, with 612,231 deaths being reported and over. 8.8 million people having recovered, according to worldometers.info.

In the U.S, which remains the global epicenter of the disease, there are now over 3.9 million cases, with 57,813 being reported by press time. So far, 143,718 Americans have died, with 429 having died before press time with over 1.8 million having recovered.

Locally, the number of confirmed cases is now at 57, according to the Mercer County Health Department’s Facebook page. Of that number, 32 cases are still active, with 19 of those showing symptoms. So far, 25 Mercer County residents have recovered. 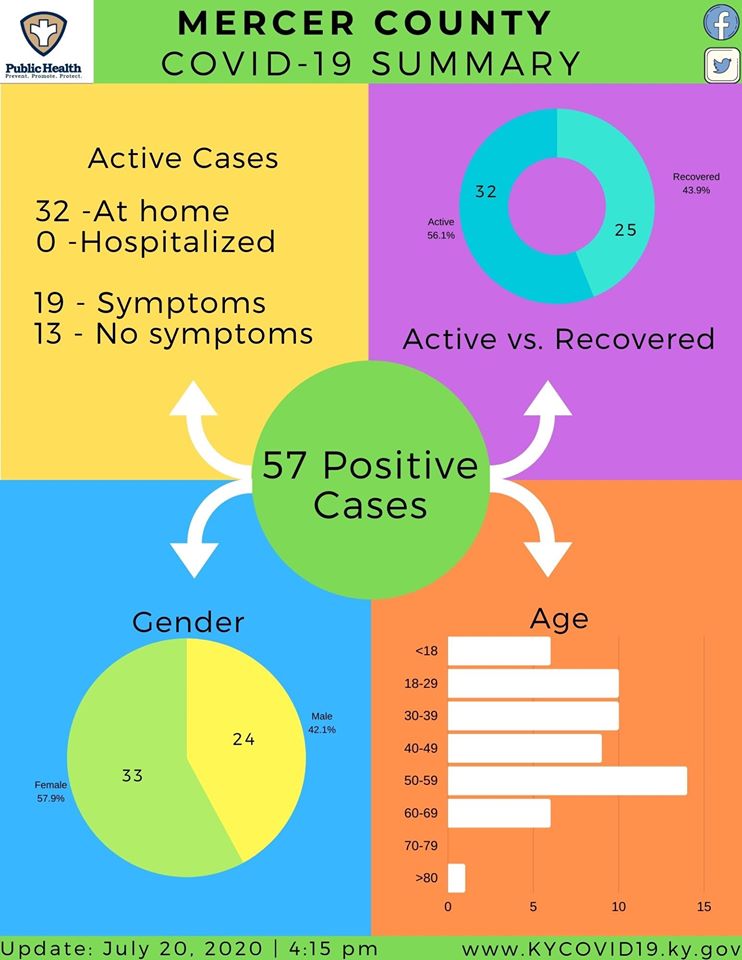 Gov. Beshear asked the public to continue wearing masks and practice social distancing to control the spread of the disease. He said he talked with Vice-President Mike Pence earlier Monday. The White House is offering guidance to states with surging infection rates.

“Some of those steps we are doing, some of them we all want to avoid,” said Beshear.

Among the steps the White House has recommended states to take are to mandate facial coverings, which the governor ordered last week, and reducing restaurant capacity to 25-percent and closing bars.

Beshear said Kentucky is seeing more cases related to travel, especially travel to Florida and South Carolona, than bars. He asked restaurants to encourage customers to wear face masks and maintain social distancing. The governor said one facility not doing the right thing would hurt everyone.

He said Kentucky has 10-15 days to stop the increase. Failing that, they would have to roll back reopening.

“If we continue to see increased cases, we’ll have to look at capacity limits everywhere,” Beshear said.

What is home quarantine?

Here are some steps, courtesy of the Kentucky Department of Public Health:

Symptoms of COVID-19 include a fever of greater than 100.4 degrees; respiratory symptoms, such as shortness of breath or difficulty breathing, and loss of smell or taste. If any of these symptoms are present, the person experiencing them should get tested for COVID-19 as soon as possible. A list of testing sites is posted at kycovid19.ky.gov.