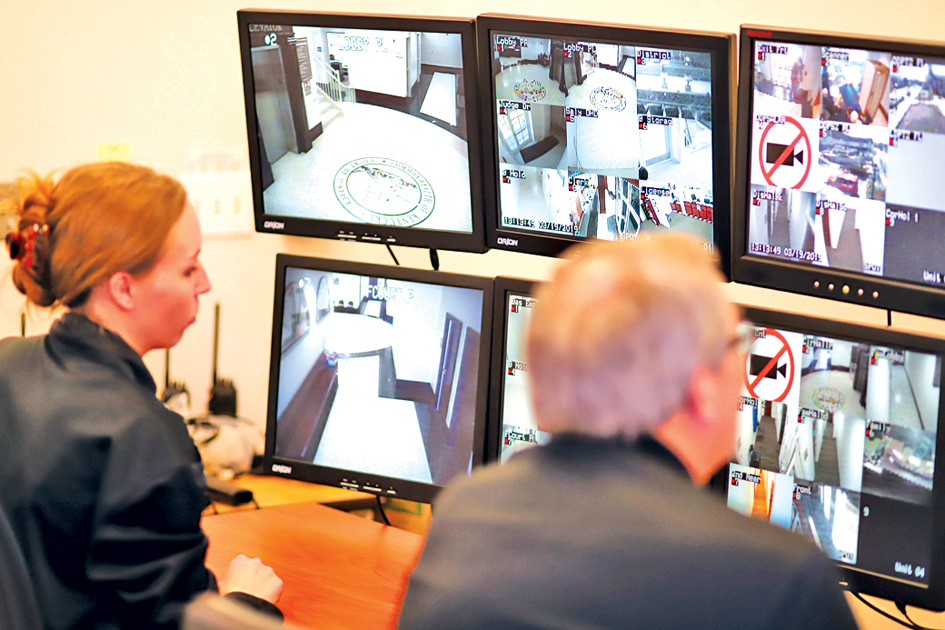 At Tuesday’s  Mercer County Fiscal Court meeting, Kelty said two bailiffs have quit and there is the possibility of two more quitting. He blamed the shortage at least in part on COVID-19 requirements, but pay for court security officers has been a continuing problem.

However, the immediate problem is that the police academy is shut down so the county can’t test applicants. Kelty said the Kentucky Administrative Office of the Courts won’t pay unless applicants pass a polygraph, a drug test and psychological screening. He said the sheriff’s office is waiting on written permission from the AOC to test one applicant.

Kelty said on a normal day, there are 11 bailiffs on staff. They do not have enough bailiffs to provide full staff if the courts were completely reopened.

“Those judges don’t care, they want three bailiffs in that courtroom,” the sheriff said.

In order to field a full staff at the Mercer County Judicial Center, Kelty said it would require taking deputies off patrol and placing them in the courthouse.

He said his staff are researching what bailiffs are paid in surrounding counties. The sheriff said they currently have enough personnel, as long as courthouses are at reduced capacity, but when the courts reopen, he said he didn’t think they’d have enough bailiffs to handle everything. Even with more cases being handled by video conferencing, they still need three bailiffs on duty, he said. Currently only the courtroom presided over by Judge Jeff Dotson is the only courtroom still operating at close to capacity.

Then there is the question of pay. Kelty said some applicants balk at the current pay, which is $9 an hour for 20 hours a week, with no benefits. This is the amount reimbursed by AOC. And while the AOC is lenient about the number of bailiffs on staff, there is a limit on the number of hours they can work per month, especially those who are already retired.

The sheriff said what they’ve heard is that most counties pay more, but he would be able to provide more information once his staff have finished researching the issue.

“If we don’t figure out a way to address it, it’s going to be a problem,” Kelty said.

The court took no action.

In other business, the fiscal court:

• Approved writing a $85,000 check from the payroll and net profit fund to deposit in the solid waste fund.

• Approved a budget amendment to apply for $1-million HUD community development block grant for 2019 water system improvements for the North Mercer Water District. Dedman said he discussed the issue with the county’s financial adviser to make sure it won’t affect the county’s bond rating.

• Agreed to purchase a water truck from state surplus for $8,500 as well as title transfer costs.