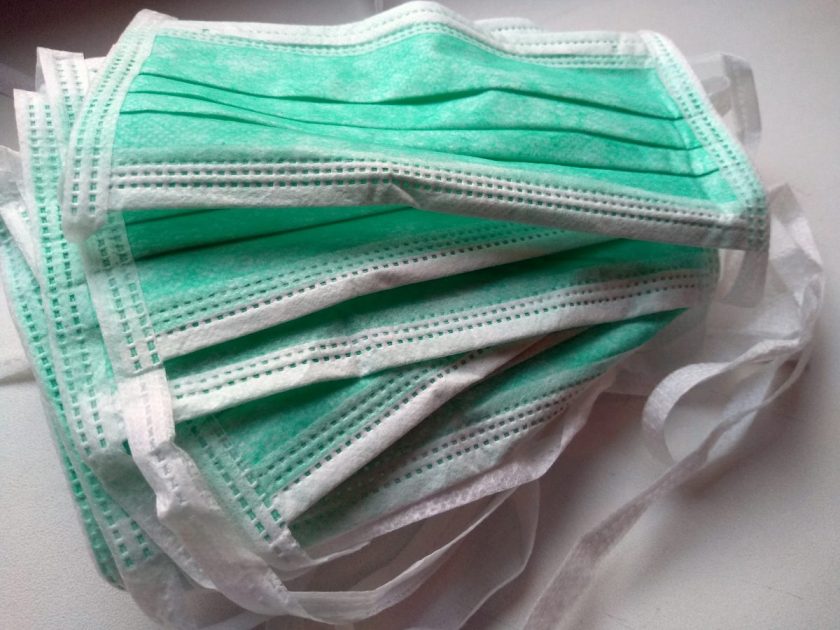 Responding to the increasing number of COVID-19 infections in Kentucky and across the nation, Gov. Andy Beshear has signed a new executive order making wearing masks mandatory.

Starting Friday, July 10, at 5 p.m., Kentuckians must wear masks covering their nose and mouth in all indoor public spaces, including grocery stores, pharmacies, hair salons and barbershops, nail salons, tattoo parlors, child care facilities, restaurants and bars, and health care providers. It also applies to outdoor public spaces where people cannot maintain a physical distance of six feet or more from others who are not part of their households. The executive order also applies to riding in public transportation, including buses, taxes and ride sharing services like Uber or Lyft.

There are exceptions for children who are aged five years or youner, anyone with a disability that prevents them from safely wearing a face covering, people engaged in work that makes wearing a face mask dangeours and anyone who is obtaining a service—such as dining at a restaurant—that requires the temporary removal of the mask. Also exempted are people who are swimming, working out and who are engaged in an athletic competition or practice—so long as they maintain six feet of separation from others.

After 5 p.m. tomorrow, store personnel can refuse to serve the customer. Other punishments include a possible fine. There will be significant consequences for businesses that refuse to abide by the restrictions, the governor said. Enforcement is left up to local and county government officials, including the health department.

In May, the governor issued an order making the wearing of masks mandatory, but declined to outline punishments for those who refused to comply.

The governor also said he had been asked by retailers to do more.

Earlier this week, the Retail Industry Leaders Association, which represents Target, Home Depot and other major chains, asked the National Governors Association to make masks mandatory across the nation. According to an ABC News report, the association is arguing that the hodgepodge of rules around the country causes conflicts between customers and workers trying to enforce store rules.

“Retailers are alarmed with the instances of hostility and violence front-line employees are experiencing by a vocal minority of customers,” said Brian Dodge, president of the Retail Industry Leaders Association.

Gov. Beshear said the executive order will make it easier for retailers to protect their employees and their customers.

”It makes it simpler when it’s a requirement,” he said.

The governor cited a study by the Goldman Sachs Group, the investment bank. According to their analysis, wearing masks could save the domestic economy from taking a five-percent hit, which meant $10.4 billion to the Kentucky economy.

He said the business community is supportive, citing statements from the Kentucky Chamber of Commerce as well as the Teamsters.

The issue to wear masks and take other measures to prevent the spread of COVID-19 has become politically contentious. At Thursday’s briefing, the governor was asked about lawsuits filed against other executive orders he has taken since the beginning of the pandemic. Earlier that day, a Scott Circuit judge issued a temporary restraining order that would stop the enforcement of the governor’s executive orders as they apply to Kentucky’s 548 agritourism businesses, which include farmers’ markets. The suit was filed by Agriculture Commissioner Ryan Quarles and an agritourism business in Georgetown and was joined by Attorney General Daniel Cameron.

“It’s absolutely irresponsible,” Beshear said of the decision. He said his administration is appealing the decision.

In a statement, Quarles said his objective was to represent people whom he said had “deprived of their rights to participate in the policy-making process.”

“It’s disingenuous to suggest that agriculture doesn’t want to prioritize public health,” Quarles said in a statement. We do. But the process has not treated everyone the same. Why do well-connected amusement parks with lobbyists get to talk to the government, but mom and pops get ignored?

He was also asked about daycares that have chosen to go back to full capacity after a judge in Northern Kentucky ruled that as many as 28 kids could be in a group.

“It is not safe,” Beshear said. “I would not send my kids to a daycare that is not abiding by the rules.”

Questions have been raised about the efficiency of mask in preventing the spread of the coronavirus. There is considerable confusion among the public because of statements made earlier this year by the Centers for Disease Control and Prevention and U.S. Surgeon General Jerome Adam against the wearing of masks. Much of the guidance at that time was driven by a shortage in personal protection equipment such as N95 respirators and surgical masks for health care providers.

Since then, both the CDC and the surgeon general have reversed their positions. In June, Adams tweeted “Some feel face coverings infringe on their freedom of choice- but if more wear them, we’ll have MORE freedom to go out.” Adams has also made a video showing people how to make their own masks at home.

For those still questioning the science behind wearing masks, the CDC has an entire page of links to studies demonstrating their effectiveness.

Researchers have found that wearing a mask reduces the chance of contracting the coronavirus by 65-percent.

“It’s no longer a question,” he said.

The good news is that Kentucky’s public health system has the capacity to handle the situation, Beshear said.

“We have a significant number of beds for those who get sick,” he said. The governor said 157 are hospitalized currently with 105 in intensive care. Beshear said the commonwealth currently has 675 ICU beds and 1,448 ventilators available.

“Those are the good numbers,” Beshear said.

Across the world, there are over 12.3 million cases, resulting in 556,362 deaths, according to worldometers.info. So far, over 7.1 million people have recovered.

In addition to signing the executive order, Beshear cautioned vacationers who may be planning to leave the commonwealth for the beach.

“If you’re going to a Florida beach, where you know they are reporting over 10,000 cases a day, you know there’s a chance you could bring the infection back to Kentucky,” Beshear said.

He also asked people who were in large crowds on July 4 to get tested.

Beshear said while wearing masks may be unpalatable for some, it was better than the alternative: shutting down Kentucky’s public businesses again. He said if people don’t comply with rules and regulations and the cases continue to escalate, the state would have to reinstate some of the restrictions they began lifting in May. If the number of new infections don’t decline or stabilize, it could also throw the reopening of local schools into jeopardy.

“If we can’t get people across Kentucky wearing masks, reopening of schools is certainly going to be at risk.” he said.