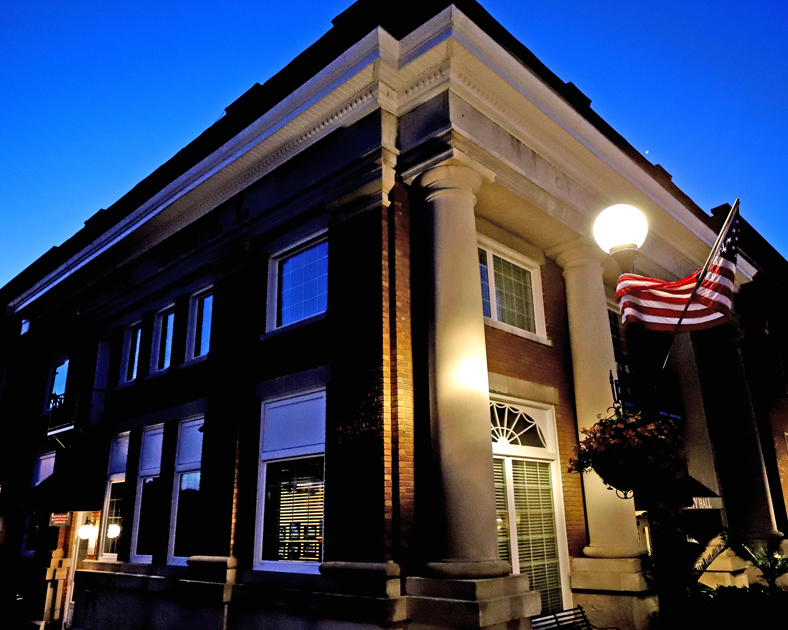 On Monday night, the Harrodsburg Board of Commissioners approved their budget for the 2020-2021 fiscal year and gave first reading to a restaurant tax ordinance.

At a special-called meeting held last week the commissioners gave first reading to the city’s $14.9 million budget, which includes a pay increase for city workers.

Before giving final approval to the budget, Commissioner Scott Moseley asked to strike language excluding employees who had been promoted since April 1 from receiving the raise. Moseley moved that it be an across the board raise for all employees. His motion passed unanimously.

While noting that he did not object to the raise for city employees, Mayor Art Freeman said it was frustrating to keep changing the budget.

“It’s like we’re starting all over every time we meet,” Freeman said.

Even with the raise, city officials said it did not make employees’ pay comparable to other cities.

The budget ordinance was approved unanimously with changes, which include adding $6,000 to replace the air and heating unit at Young’s Park and to raise Julie Wirth’s pay to $13.50 once she is eligible. Wirth will be eligible in February.

The commission also gave first reading to yet another restaurant tax ordinance.

Mike Inman and Norrie Clevenger Currens, the chairman and attorney for the Harrodsburg-Mercer County Tourist Commission, presented the commission with a draft of a new ordinance. Under the proposed ordinance, the city, which is taking over collection of the restaurant tax, would deduct penalties, fines and collection expenses and remit the revenue to the tourist commission.

At last week’s special meeting, the commissioners gave first reading to an ordinance, which in addition to allowing the city to retain penalties, fines and collection expenses as well as $31,500 for maintenance of historic light poles, Olde Towne Park and flags. The tourist commission would also have had to make a monthly $12,500 contribution to Anderson-Dean Community Park.

“We have a lot more discretion in how we spend that money,” Inman said.

He said the tourist commission wants to work with other agencies as well as stakeholders such as local restaurants to help promote Mercer County. But he said the tourist commission, which has for years been accused of hoarding money, did not have the financial resources to honor all the commitments the former ordinance would have placed upon them.

“Like everybody else, we have a budget problem,” said Inman, referring to the impact the COVID-19 pandemic has had on the economy, both locally and across the nation. He said the tourist commission was running a $17,000 surplus before the pandemic hit, and is now running a $133,000 deficit.

“We’re trying to figure out how much money we’ve got for next year,” Inman said. He said the tourist commission has drastically cut expenses, including advertising.

The tourist commission also has several outstanding funding commitments, including a $100,000 commitment to replace the stockade walls at Old Fort Harrod State Park and repairing the roof at Diamond Point Welcome Center.

Inman called it a monster challenge.

“We want to cooperate with you,” he told the city commission. “We’re dealing with some real problems.”

Under the former ordinance, he said the tourist commission would have had to pay $150,000 to Anderson-Dean.

“We don’t think we can do that,” Inman said.

Currens cited an opinion issued by the Kentucky Attorney General’s office in 2012. She said the original 2007 ordinance is invalid but no one ever challenged it. She asked the commission to create a new ordinance that is within state law. Currens said there is nothing wrong with the city and various stakeholders providing insight and information, but the tourist commission has the ultimate discretion to parcel out the money.

The city commission will give second reading to the ordinance at a special-called meeting on Monday, June 29, at 6 p.m.

The city will begin collecting the restaurant tax on July 1. Local eateries should submit their taxes for June to the tourist commission.

Commissioner Charlie Mattingly announced the community cleanup will take place Aug. 10-14. Citizens are asked not to put out items until their regular pickup day. Republic Services will pick up common household goods, however mattresses must be wrapped in plastic. They will pick up home appliances, but items must be tagged refrigerant free. All bush must be bundled or bagged.

Each street will receive one pass per event, each home is limited to five items, each item can weigh up to 75 pounds and each item must be no larger than 4-foot by 4-foot by 6-foot.

The city commission will hold a special-called meeting on Monday, June 29, at 6 p.m.