Boyle Coach Seeks To Spend More Time With His Family 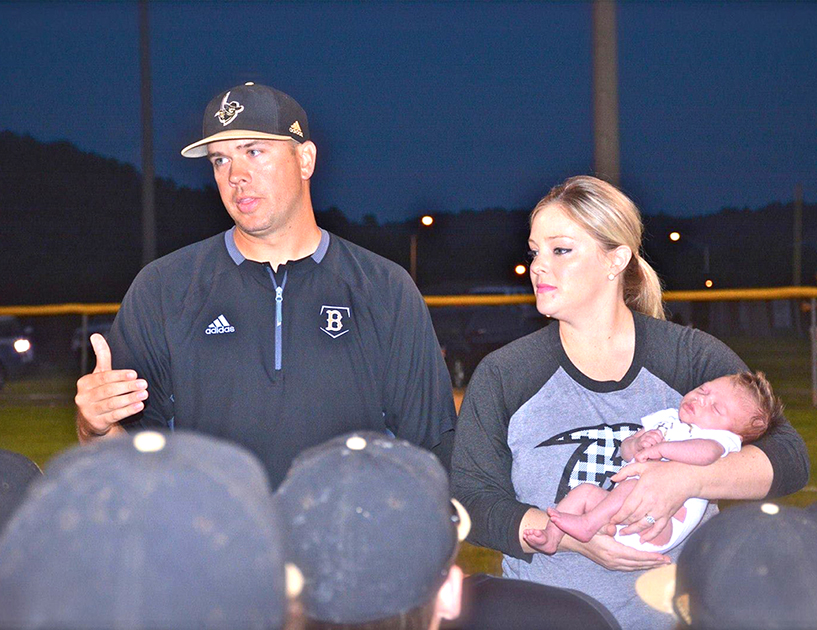 Kyle Wynn is stepping down as head coach of the Boyle County baseball team so he can spend more time with his wife, son and the daughter they are expecting in October. (Photo submitted).

Boyle County coach Kyle Wynn has decided to step down from his position as head coach of the Rebel baseball team. He will remain in his position as the school’s athletic director.

Wynn was the leader of the Rebel baseball team for eight seasons before stepping down on Thursday, June 4.

During his eight years as head coach, he recorded 161 wins and 109 losses giving him a .596 win percentage. 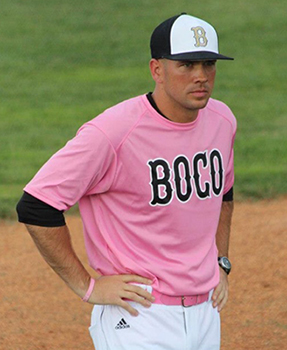 Being a part of a great program as head coach for eight seasons, it will be a tough transition for Wynn. His role as athletic director will help because he will still have the connection he had with the student athletes.

“I wouldn’t necessarily say it made the decision easier because it was still tough, but, yes, my role as athletic director and dean of students, I’m so thankful for. To still get that connection with the kids and the program; I’m happy that I still get to be around them in the halls and watch them play from the stands,” said Wynn.

Family is of utmost importance in Wynn’s life, and fulfilling three roles within Boyle County’s school system would prevent him from quality time with the people he loves most. It was a challenging decision for Wynn to leave the sport he enjoys so much, but no one can replicate the love and appreciation that a husband has to his wife, or a father to his children. The main reason Wynn stepped down from his position as head baseball coach was to allow himself to spend more time with his family.

“This was an extremely tough decision for me to retire. I love these kids and this program so much, but after much thought and prayer, I made the decision to step away. My wife and I are expecting our second child, a little girl, in October, and with my son getting ready for tee-ball, and other events, it’s time for me to spend more time with them,” said Wynn.

As head coach, Wynn accomplished many things in his years as the leader of the Boyle county baseball team. Along with his five region tournament appearances, the Rebels 2017 12th region championship was their first title in 12 years, and the consecutive region title win in 2018 is the only time the Rebel program has ever won back-to-back region championships.

In 2018, the Rebels made it to the elite eight in the Kentucky state baseball tournament before losing a hard-fought game to Louisville’s St. Xavier, this was the farthest the Rebels have ever made it in postseason play in the history of the program.

Wynn knew how to assemble a great team, and he also knew how to bring the best out of his players individually. He coached 24 All-District players, 14 All-Region players, the 2017 pitcher of the year in Sam Tiller, and the 2018 player of the year in Ty Dragan. Eighteen of Wynn’s players have gone on to play baseball in college, and Wynn has also been the coach of 169 academic all-state players.

“I’m extremely proud of the boys and their accomplishments during my time as head coach. We were able to accomplish things that have never been done before in school history. I’m truly blessed to have been a part of it all. Boyle County baseball is built to last and will continue this success year after year. I feel good about that,” said Wynn.

Nine years of coaching comes with teaching, and learning. Wynn has had so many great experiences in his coaching career, but above all, he said he will miss the kids.

“I have had the blessing of coaching outstanding kids and getting to know great families. These relationships are what make this program special. There is no other place I would have rather coached than Boyle County High School. I’ll always remember the championships and competing in games. I’m going to miss just being around the boys and them bringing me joy. They have given me memories to last a lifetime, I’m truly going to miss it,” said Wynn.

“I love these kids, and the baseball program means so much to me,” the coach continued. “To say I’ll miss coaching would be an understatement, but I’ll be right there with them in the stands now.”