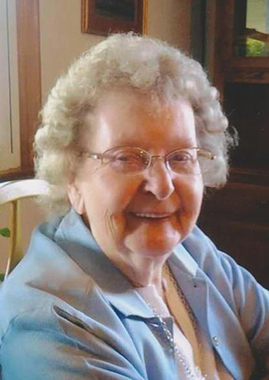 Velma Rae Clark Peavler, 93, of Harrodsburg, formerly of Mackville, passed away at 1:25 a.m., Wednesday, May 6, 2020, at the University of Kentucky Medical Center in Lexington.

She was born in Fairfield, Kentucky, on June 9, 1926, to the late Frank and Flossie Marie Burns Clark.

She was a member of the Deep Creek Baptist Church in Mercer County, a 1944 graduate of Willisburg High School and a homemaker.

Funeral services were held at 1 p.m., Saturday, May 9, at the Carey and Son Funeral Home with Rev. Ken Wade, pastor of the Deep Creek Baptist Church, officiating.

Burial was in the Peter Cemetery at Mackville.

Carey and Son Funeral Home was in charge of arrangements.