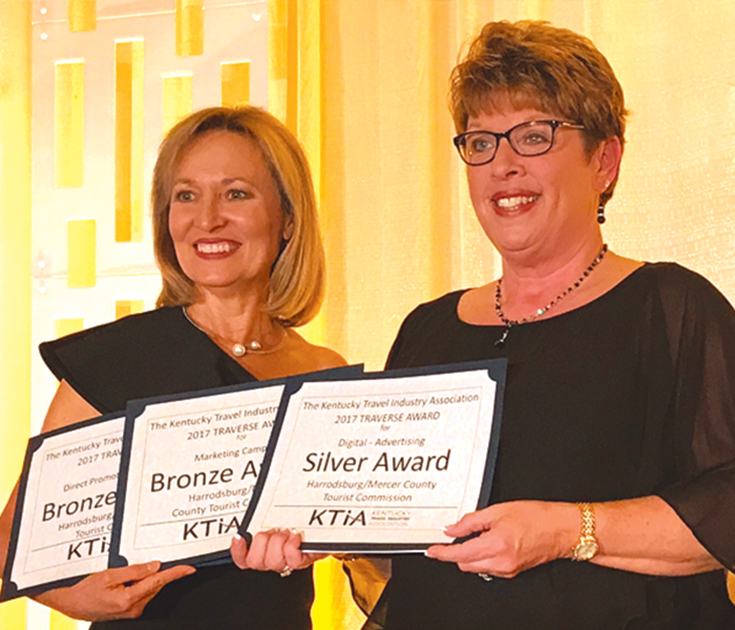 Karen Hackett has resigned as executive director of the Harrodsburg-Mercer County Tourist Commission.

Hackett, a Mercer County native, has been with the Tourist Commission since 1993. Over the past 27 years, she has served on various local, regional and state tourism organizations, including the Kentucky Department Tourism Marketing Advisory Committee. Her resignation went into effect on May 1, according to the Tourist Commission.

Harrodsburg Mayor Art Freeman accused Hackett of entering a four-year employment agreement with two Tourist Commission board members—JoEtta Wickliffe and Kathryn Tuggle— granting Hackett a total compensation package well over $100,000—with benefits including 53 paid days off a year. Freeman said Hackett’s contract was automatically renewed for two-year terms and the board would have no right to fire her absent of a felony conviction related to the operation of the Tourist Commission. Even then, they’d have to pay Hackett for her unused vacation and sick leave, the mayor said.

Freeman said the contract was not approved by the full board and that Hackett, Tuggle and Wickliffe had no legal right to sign the contract.

The only other employee of the Tourist Commission, Office Manager Carolyn Crump, was laid-off at the beginning of April due to the COVID-19 office closure.

At a special-called meeting on Monday, May 11, the Tourist Commission’s board of directors approved Hackett’s resignation a part of mutually agreed settlement.

The board of directors is still hoping to contract out the bookkeeping duties to a local accounting firm. Mike Inman, chairman of the board of directors, said he has been inundated with calls from people looking for the job, but he stressed the Tourist Commission is only outsourcing the job, not adding an employee.

“We’re not going to hire anybody to perform bookkeeping functions,” he said.

Inman said the Tourist Commission has still not heard back from the state attorney general’s office about the legality of that. He is asking local restaurants to either collect the tax, but keep it, or to pass the savings on to their customers. Inman said restaurant owners should keep records just in case.

The restaurant tax is one of the most widely disparaged taxes in Mercer County, but the money has been put to use. During Hackett’s tenure as executive director, the Tourist Commission has helped to pay $76,000 to install wayfinding signs around the community, committed $100,000 towards repairs to Old Fort Harrod State Park in order to get ready for Harrodsburg’s anniversary and paid $230,000 over five years for the historic Diamond Point Welcome Center.

In addition, the Tourist Commission has paid $200,000 marketing tourism in Mercer County every year and hands over more than $300,000 in restaurant and lodging taxes to Harrodsburg’s tourism development fund.

At the same time, the Tourist Commission has been repeatedly accused of hoarding money.

Inman said the vendors who have been handling marketing duties for the Tourist Commission will appear before the board at their May 20 meeting to discuss how to proceed.