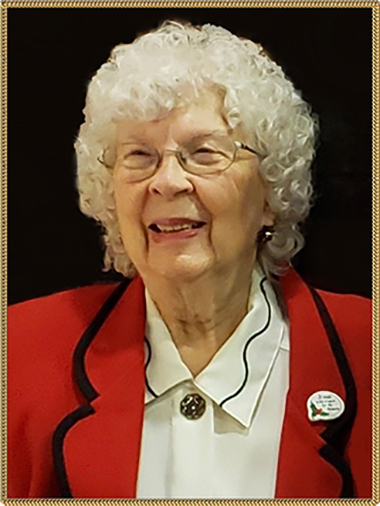 Dora Liggett Carpenter, of Shelbyville, formerly of Lexington and Mercer County, died on Friday, May 8, 2020, at her residence.

Born in Abbott, West Virginia on July 13, 1938, she was the daughter of the late Annis Liggett and Marie Martin Liggett Kelly and the widow of the late James W. “Jim” Carpenter Jr.

Upon completing her education, she began her career as an employee of the federal government, working until her children were born. After her children were grown, she returned to work and retired from the Tobacco Market News branch of the United States Department of Agriculture in Lexington.

The Carpenters “retired to the lake,” living for many years on Herrington Lake near Burgin, Kentucky. They were active members of the Burgin Baptist Church where she was active in the W.M.U., and where she and her husband made many dear friends. During their retirement years, they enjoyed traveling and making priceless memories with their grandchildren, visiting Australia, Hawaii, Northern Europe, Spain, Portugal and several states in the United States. An incredible cook, she took great pleasure in sharing her talents with her family and friends throughout her life. Her creative abilities also included crafting and flower gardening.

Upon Jim’s death, she moved to Shelbyville to be near her daughter, Melissa Welman. In Shelbyville, she immediately made friends. She became a member of the Shelby Christian Church, where she was active in Sunday School, Bible Study and Women of Grace. Her memberships also included Homemakers.

A devoted mother and grandmother, her survivors include her daughter, Melissa Welman and her husband, Rick, of Shelbyville; her son, Philip Carpenter and his wife, Donna, of Lexington; her two grandchildren, Jimmy Welman and Hannah Carpenter; and her sister, Joyce DeBarr of Buckhannon, West Virginia.

A memorial service will be held at a later date. Private interment will be in Bluegrass Memorial Gardens in Nicholasville.

Arrangements are under the direction of the Hall-Taylor Funeral Home of Shelbyville and online condolences may be expressed at www.halltaylorfuneralhomes.com.