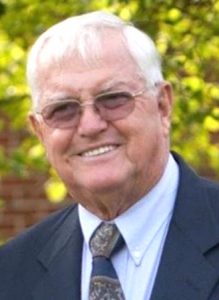 Jerry was an entrepreneur by trade. He was a retired co-owner of L. W. Wilson & Sons, a family construction business and equipment rigging business, as well as a local motel and the Corral Business Center.  Jerry was extremely involved in the church his entire life. Not only did he help to physically build churches, he was a Deacon, involved in several mission trips and he witnessed to many individuals. He was his happiest spending time with the people he loved – his family and friends, sharing stories, laughs and often known for playing jokes on others.

He was preceded in death by his brother, Joe and his great-grandson, Townes Wornall.

Memorial contributions are suggested to the charity of your choice.