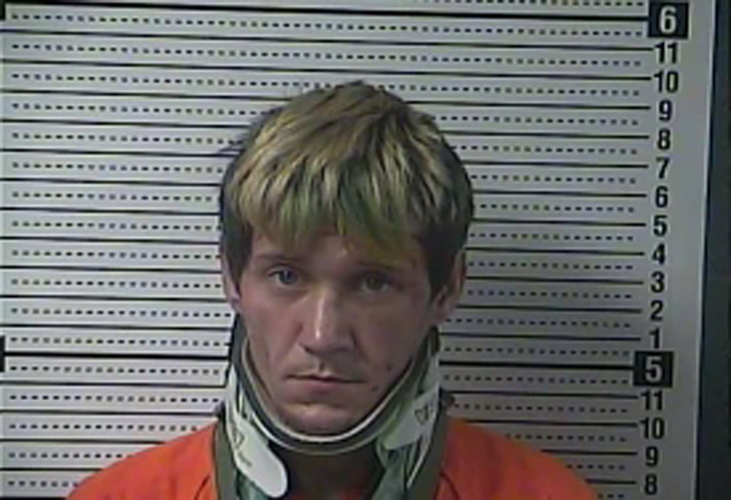 This article initially reported that Jill Hurst was the driver of the car that was involved in the collision caused by Henderson in September. It has been revised to state Hurst was a passenger.

The driver who started a high speed chase that led to the accidental death of an Anderson County woman in September has been indicted on 12 felony counts by the Mercer County Grand Jury.

Last week, David Henderson, 31, of 1370 Lamastus Road, Reynolds Station, was charged with 1st-degree fleeing/evading police and 11 counts of 1st-degree wanton endangerment. Henderson is being charged as a persistent felony offender, according to the indictments.

The 12 class C felony charges date back to a chase that began at 10:42 p.m. on Friday, Sept. 6. Patrolman Brian Cloyd of the Harrodsburg Police Department observed a 2013 Chrysler 200 swerving in the northbound lane of Louisville Road.

The driver, Henderson, refused to stop.

According to the arrest citation, during the ensuing pursuit, Henderson reached speeds of more than 120 MPH and caused at least five other vehicles—including two school buses—to swerve in order to avoid hitting him.

The chase ended in Anderson County, when Henderson crashed into a Nissan Altima at the US 127-US 62 intersection.

A passenger in the Nissan, an 18-year-old Anderson County High School graduate on her way home from the Anderson and Mercer County football game named Jill Hurst, would die from traumatic brain injuries sustained in the crash. Another rider inside the Nissan suffered a fractured spine. Henderson and a passenger inside his car also received medical treatment.

According to the uniform citation, a passenger told an EMT that Henderson was “driving while high on acid and didn’t want to stop because they had a small amount of marijuana in the vehicle.”

There are still charges pending against Henderson in Anderson County related to the accident.

The Grand Jury handed up indictments last Wednesday on charges including receiving stolen property, drug charges,  burglary and flagrant nonsupport. All information is drawn from the indictments and police reports.