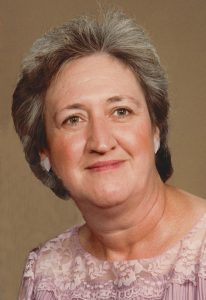 Born Aug. 5, 1937, in Mercer County, she was the daughter of the late Marshall B. and Georgia Ann Sims Mobley.

She was a homemaker and a member of the Fellowship Baptist Church.

She was preceded in death by one brother, William Mobley, and two sisters, Oneda Royalty and Alma Shepard.

Funeral services were held Tuesday, Sept. 10, at the Ransdell Funeral Chapel with Lynn Releford officiating. Burial was in the Spring Hill Cemetery.

Expressions of sympathy may be sent to the family at www.ransdellfuneralchapel.com .