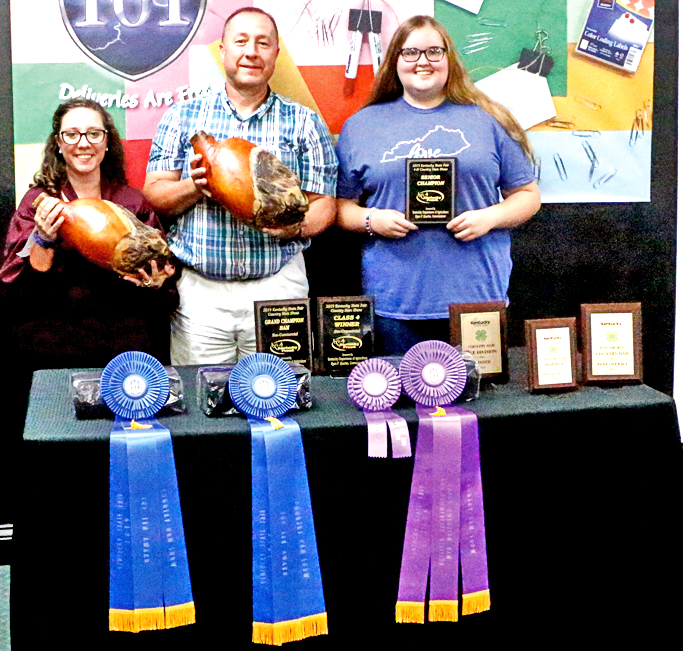 The Kentucky State Fair closed this past weekend with $1-million country hams sold at auction for charity. The grand champion commercial division ham auctioned off was produced by Blake Penn of Penn’s Country Hams and was purchased by Central Bank.

Mercer County had several champions in the country ham project including the overall grand champion non-commercial division. That title went to David Best.

“It is a real honor to receive the title,” said Best. “Curing ham is an old country tradition I have been doing with my children for years.”

Best said the competition was for youth only until last year.

“When they opened it up to adults I wanted to do it,” said Best. “I placed fourth last year and this year I won.”

“It is a family tradition to cure a ham and visit the state fair on opening day,” said Rothacker. “I have been participating since sixth grade.”

Rothacker said cured ham can be considered an acquired taste but in her mind there is nothing better than ham on a biscuit.

The Best family is not alone in the winner’s circle. Mercer County 4-H participants dominated the project with their hams this year, such as senior grand champion Addie Riley of the ham and speech contest.

“This year’s topic was to design our own curing building with $1 million,” said Riley. “I presented my speech as a real estate agent for Hamx Reality.” 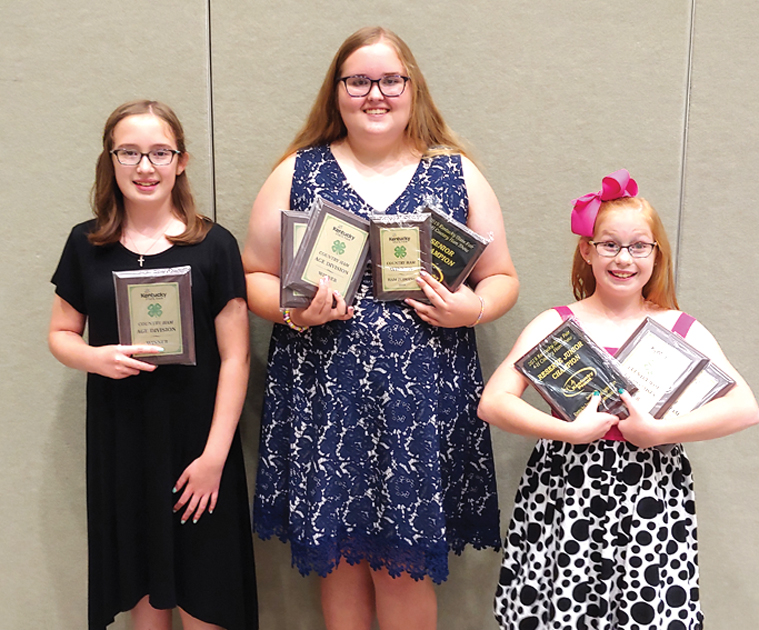 (Image submitted) Mercer County Youth dominated the Country Ham Project this year at the Kentucky State Fair with eight member placing or wining their age divisions and Addie Riley (center) winning the over all Grand Champion of the senior division. Pictured are Reagan Daniels (left), Riley and Emerson Daniels (right).

Riley said the secret to delivering a good speech is adding humor.

“The judges have to sit and listen to the same topic for hours,” said Riley. “You have to throw some humor in it to stand out.”

Riley said the ham and speech contests are related. Every participant must give a two minute speech or forfeit their ham. She also said the speech is weighted as 60-percent of the overall score.

Riley and the other 4-H youth participants competed against 775 other contestants for the state titles.

The Mercer County 4-H/ FFA Youth Investment Country Ham Auction will be held on Tuesday, Sept. 24, at 6 p.m. at the Stable in Mercer County Fairgrounds. The auction consists of a complimentary ham dinner that begins at 6 p.m. and the sale begins at 6:30 p.m. There will be 36 country hams for sale during the auction.