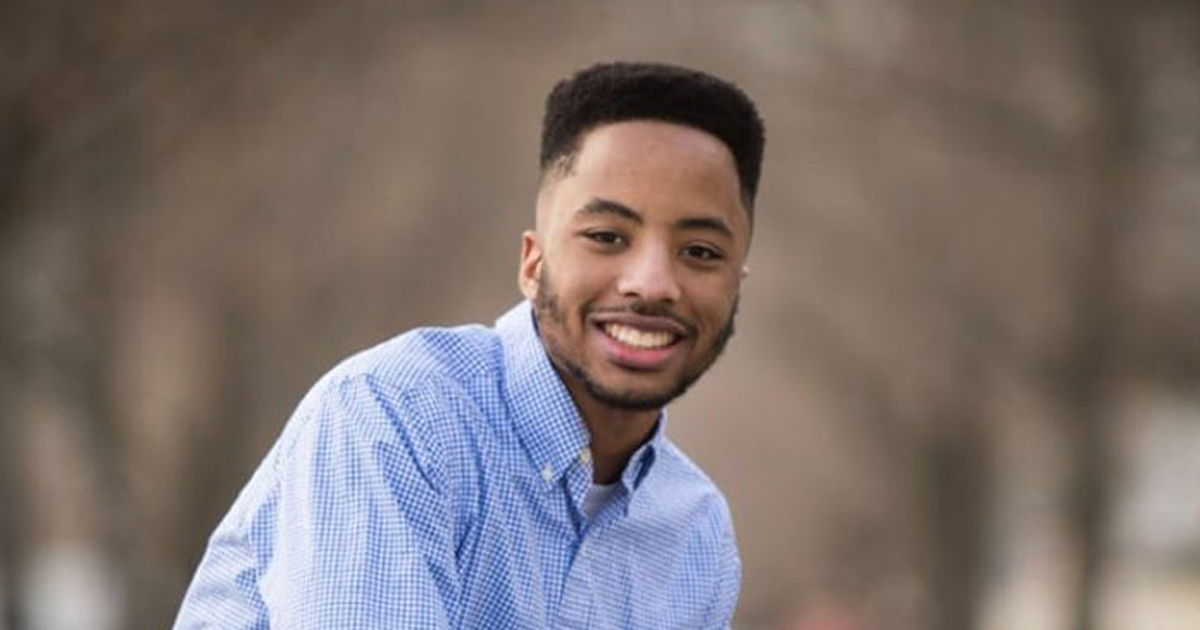 Marcus Lewis is being remembered as a great athlete and an even better teammate. “He was always smiling and he kept the track team uplifted,” said Terry Yeast, head coach of Mercer Track and Field.

Former Coach Remembers Lewis: ‘He was the life of the party’

Despite his tragic death, Marcus Lewis is being remembered for the joy he brought to his teammates and coaches.

Lewis, a senior at Mercer County Senior High School, died this weekend in a car accident. According to the Kentucky State Police, Marcus X. Lewis II, 18, of Harrodsburg, was driving a 2006 Hyundai Sonata to Richmond on Saturday, May 4. At approximately 8 a.m., the Sonata left Lancaster Road near Milton Lane in Madison County and collided with a tree. The accident is being investigated by Trooper Jeremey Hamilton.

According to the KSP,  Lewis sustained fatal injuries and was pronounced dead at the scene. According to the school, Lewis and another student were headed to Richmond for a National Guard drill when the accident happened. The passenger sustained non-life-threatening injuries and was transported to the University of Kentucky Medical Center and was released after receiving treatment.

Lewis was only a few weeks away from graduating when he died. He played soccer and ran track, and in the three years he competed, he helped his teams win three championships.

“He was the life of the party,” Yeast said Monday. “He was always smiling and he kept the track team uplifted.”

According to Yeast, Lewis joined the track team as a sophomore. In his first year, he ran the 4 x 800 and 4 x 400 relays as well as the 400, and helped the team win their second state championship.

“He took this whole community by storm,” Yeast recalled. “He just came in and did an exceptional job for us.”

When Lewis joined the team, Yeast said he was short in stature but long in effort and enthusiasm. When he wasn’t running track or playing soccer—where he helped the Mercer team win two regional championships—Yeast said Lewis was sitting in the student section rooting for his classmates.

“He was the king of the pep club,” Yeast said. “I’ve never been around a kid who is so much fun to be around.”

The track team was in the middle of a track meet when they were notified that Lewis had died on Saturday, Yeast said.

“It was a very difficult day,” he said.

Despite the shocking news, the team rallied to break eight school records and qualified for nationals in two events. Yeast said he likes to think Lewis was still sitting in the student section, cheering on his teammates.

“I know he was smiling,” Yeast said.

At every practice, the members of the track team recite the same motto: “I don’t know how long I’ve got down here, I don’t know when life will end. All I know is I’m going to do the best that I can do while I yet still have time.”

“We say that every day before our workout,” Yeast said.

They said it Saturday when they learned Lewis had died and they said it again on Sunday night, at a rally to honor Lewis’s memory.

“It just seems to mean so much more now,” Yeast said.

Counselors and a school psychologist are available. Anyone with questions or in need of counseling resources can contact Mercer County Senior High School at 733-7160.

Read Erin Milburn’s touching remembrance of Marcus Lewis on page 2A of this week’s issue of the Harrodsburg Herald or click here to subscribe.