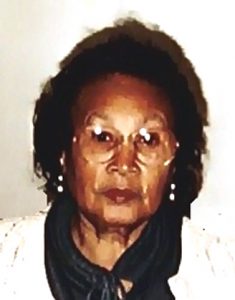 Born Dec. 15, 1925, in Harrodsburg, she was the daughter of the late James Monroe and Marie William Parks.

She was a graduate of West Side High School in Harrodsburg, was a care giver to the late VanArsdall family for many years and was a member of the Centennial Baptist Church in Harrodsburg, where she served on the kitchen committee for a number of years.

Expressions of sympathy may be sent to the family at www.simsfuneralservices.com.