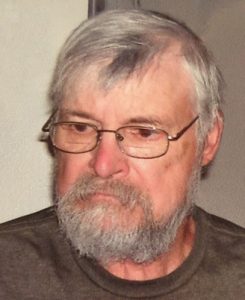 Life celebration and memorial service to be held on Saturday, April 27, at 1 p.m. at Lion’s Park Community Center, located at 450 East Factory Street.

Born July 28, 1945, in Cincinnati, Ohio, he was the son of the late Francis (Jr.) Salmons and Beulah Davidson Salmons of Oneida.

He graduated high school from Oneida Baptist Institute in 1963, graduated Cumberland College with a degree in Elementary Education, and attended Eastern Kentucky University and obtained a Master’s Degree in Special Education.

He was preceded in death by one brother, Frankie Salmons.