The Struggle Of Raising Someone Else’s Child 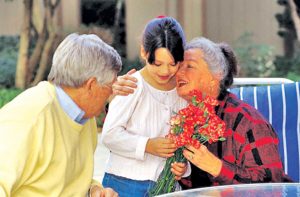 A growing number of children here in Mercer County and across the nation are being raised by someone other than their parents.

More and more children are living with guardians other than their parents. According to the most recent Kentucky Kids Count Profile, which is compiled by the Kentucky Youth Advocates, the number of children living with a relative has doubled in recent years.

Mercer County had over 42 percent of children living in out of home care in 2017. This number has dramatically increased from the 2011 statistic of 23 percent.

The Kids Count Profile compares statistics from 2010-2012 to 2015-2018 and also showed a rise in the number of families in Mercer County who are below the federal poverty line rising from 42 percent to 48 percent as well as a rise in children living in high poverty areas rising from 30 percent to 49 percent.

Children in Mercer County are dealing with adult issues such as removal from parents, extreme poverty and in some cases substance abuse cycles.

One Mercer County grandparent is experiencing the fallout of the substance abuse cycle by raising her grandson alone for the past seven years.

“Being a single grandmother is hard sometimes but the blessings he has brought to my life have made it worth it,” said the grandmother who wished to remain anonymous. “I have a few good friends who help me but I never thought it would be like this when I retired, I worked all my life.”

The grandmother said she is sometimes overwhelmed by the amount of running around she does to let her grandson be involved in sports and church. She said it seems like they are doing something every night.

“Everyone’s situation is different and there are always hardships, but he really has been a blessing in my life,” said the grandmother. “The hardest part for me was having to explain why his father doesn’t have anything to with him or why his mother does things.”

The grandmother said her advice to anyone going through similar issues is to get out into the community and see what support and help is available.

“I know some people have it much worse than we do. I was always a take-charge person. I was very independent,” said the grandmother. “I had to learn to not be afraid to ask for help. I am very lucky to have some close friends to help me.”

Another perspective for children living in out of home care is from a guardian who also wished to stay anonymous.

“We are on shaky ground with our guardianship. Sometimes we wonder if we will we get to keep him for a month, a year, will I get to see him graduate?” asked the guardian. “I wonder if after we break habits and get him on the right track will it all go away when the tide turns and he is back with his mother?”

The guardian’s relationship with the son is of the most importance. She fears his removal but also worries over his emotional and academic wellbeing.

“It is walking the line so you don’t lose him while teaching him to do the right thing,” said the guardian. “He had been around so much wrong doing that it is hard to teach the lessons without having the lessons reflect negatively on his mother.”

The guardian’s advice for other experiencing similar situations is to get involved at the school and the local library.

“The after school programs are amazing and have really saved us from having to reshuffle our entire life,” said the guardian.

Both out of home care parents agree that saving the feelings of the child is of utmost importance to them. They want people to realize there is a story behind every situation that sometimes is hurtful when it comes out.

The guardian said, “Sometimes people forget to take into consideration that there might be things others don’t want to talk about. More so, questions that we can’t answer without causing pain. It is too much sometimes and I want people to know that asking questions or for an explanation in front of a child is not okay. It can cause them pain.”

There is support and education with an upcoming convention for guardians and grandparents raising children living in  out of home care. The convection, held in Lexington, is titled “Grandparents as Parents” and is centered around the issues people in similar situations face every day. The one-day conference is scheduled for Thursday, March 21 with registration required by Friday, March 15.

The conference is from 8:30 a.m. to 3:30 p.m. and registration fees can be underwritten as a part of family connections resources through the child’s school.

The conference encourages anyone raising a child in out of home care to attend not just grandparents.

There will be workshops for legal issues, effective discipline, resources for college and much more.