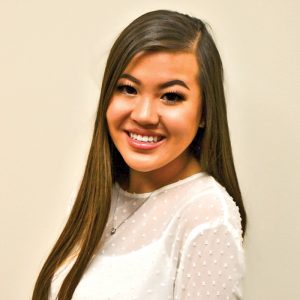 University of Kentucky junior Katie Huffman is going to the original UK—the United Kingdom—this summer to study at Oxford.

The ESU awards scholarships to qualified  students to study at institutions in the United Kingdom. Scholarship awards include tuition, lodging and meals for three-week courses at the recipient’s chosen institution. Scholarships also include one week of lodging in London and a cash allowance.

ESU scholarships are awarded for studies in English literature, history and social sciences at Oxford, Cambridge or Edinburgh University for summer 2019. Scholarship winners, selected through an essay and interview process for the program, are expected to become articulate lifelong ambassadors for British/American cultural exchanges.

Huffman’s scholarship will fund three weeks of literature studies at Oxford this July.

A 2016 graduate of Danville Christian Academy, she is the daughter of Tina and Dudley Huffman Jr. of Harrodsburg. At UK, Huffman is pursuing a major in English and minor in gender and women’s studies.

“I’m very excited to go to Oxford,” said Huffman, who said she has not been to England before. Outside of a trip to Honduras during high school, she has never been outside the country. “I’m really excited to explore a new country.”

Huffman said she enjoyed her recent internship with the University Press of Kentucky. She said she’d like to work in publishing after completing her bachelor’s degree.

An avid reader since childhood, Huffman said she prefers realistic fiction such as the work of F. Scott Fitzgerald.

While she writes for her own enjoyment, Huffman said she enjoys the process of editing and “grappling with words and ideas.”

There’s no place better to grapple with words and ideas than Oxford, the oldest institute of higher learning in the English-speaking world and the second-oldest university in continuous operation on Earth.

Oxford’s notable alumni include 27 prime ministers of the United Kingdom, 69 Nobel Prize winners and one president of the United States.

But Oxford is more notable as the alma mater of some of the most notable authors and poets in the English language, including Samuel Johnson, Lewis Carroll, Oscar Wilde, C.S. Lewis, J.R.R. Tolkien, Percy Bysshe Shelley, T.S. Eliot, Joseph Heller and Theodor Geisel, who is better known as Dr. Seuss.

“This will be a really good experience for me,” Huffman said.

The ESU of the United States is a nonprofit, nonpolitical, educational service organization whose mission is to promote scholarship and the advancement of knowledge through the effective use of English in an expanding global community. Headquartered in New York City, the organization implements programs through a network of more than 60 branches throughout the United States.

Huffman and Goble applied for the ESU Scholarship through the UK Office of Nationally Competitive Awards, part of the Chellgren Center for Undergraduate Excellence within the Division of Student and Academic Life at UK.