Dedman Family Looks Forward To A Year’s Worth Of Celebrations 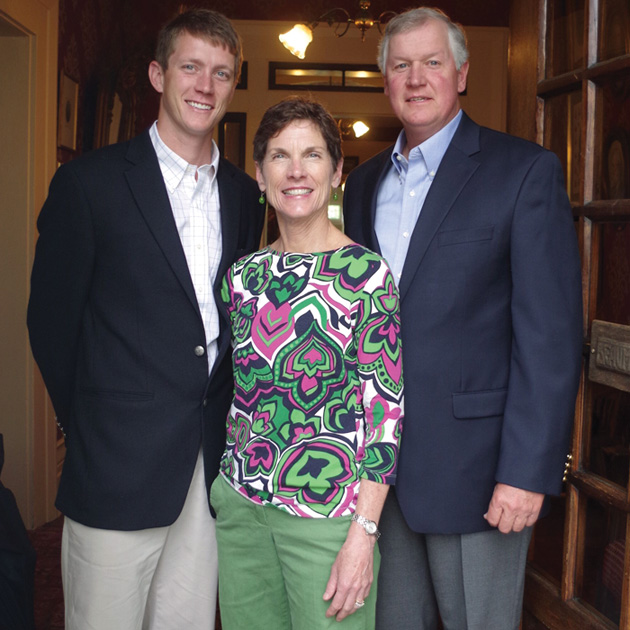 The Dedman family—Dixon, Helen and Chuck—are honoring the 100th anniversary of the Beaumont Inn with a series of celebrations throughout the year.

Dixon Dedman, whose family has owned and operated the Beaumont for a century now, said they are working on a series of smaller “throwback” weekend celebrations as well, in which they’ll bring back classic menu items.

Dedman said the goal is not just to celebrate the historic inn and restaurants, but to celebrate the many people who have contributed to the Beaumont’s success over the years, from suppliers and employees to the guests.

“The plan is to spend as much time as possible hearing other peoples’ experiences,” Dedman said.

While the inn is celebrating its 100th anniversary, the history of hospitality in Harrodsburg goes back over 200 years, when the first tourists came to enjoy the natural mineral springs. In the summer of 1808, 1,500 guests stayed in Harrodsburg, according to “Beaumont Inn: Two Centuries of Service,” by John David Myles.

What is now the Main Inn was constructed in 1845 as a school for young ladies known as Daughters College, later Beaumont College. After it closed, the Dedman family bought the building and turned it into an inn and restaurant which opened in 1919.

Today, the Beaumont Inn has 31 guest rooms. In addition to the historic Main Dining Room, the Dedmans  also operate the Old Owl Tavern, the Owl’s Nest Pub, a spa and gift shop.

Over the past century, the Beaumont has become one of the top culinary destinations in the country with signature dishes like yellow-legged chicken, corn pudding and two-year old Kentucky country ham. The family’s attention to tradition earned them a James Beard Foundation American Classics Award in 2015.

The Dedman’s reverence for their family tradition is what also led to the successful revival of  Kentucky Owl Bourbon in 2014. The brand was founded by Dedman’s great-great-grandfather Charles Dedman, in 1879. Its revival is credited with beginning what the New York Times calls the “Napafication” of bourbon, the elevation of what had once been a lowly farmer’s beverage into a high dollar luxury item.

“We just finished bottling the third edition of rye,” said Dedman, who said they will also be issuing the ninth batch of bourbon this year as well. He said several limited editions will also be coming out this year, but was unable to provide any details this early.

Between Kentucky Owl and the Beaumont Inn, Dedman has a lot on his plate. The family are preparing for Valentine’s Day, and, in March, a visit by a group of bourbon aficionados. And then, in April, when the racetracks open up, the busy season will begin.

“You look forward to the slow period, but it doesn’t last very long,” he said.

The Beaumont Inn is an official stop on the Kentucky Bourbon Trail and provides tours to nearby distilleries. Shaker Village of Pleasant Hill and Centre College are also within quick driving distance.

On Thursday, Feb. 14, Valentine’s Day, dining will be available at the Tavern, Nest or Main Dining Room.