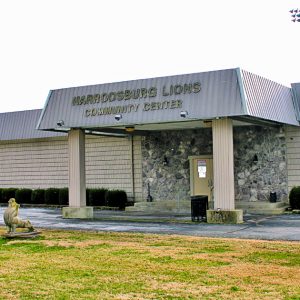 The Harrodsburg Lions Community Center located at 450 East Factory Street, will act as the Emergency Warming Center for Mercer County during inclement weather.

During this week’s extreme temperatures, Bluegrass Community Action  extended hours at the senior center so they may act as daytime warming centers.

Bluegrass Ultra-Transit Service (BUS), who partners with Community Action, offered free rides to anyone needing transport to a warming shelters.

Both agencies said they are willing to act again after evaluating circumstances. The agency representatives suggested checking social media for up to date information regarding services.

The county plans to open the shelter every time a weather emergency is declared, according to the Mercer County Emergency Management Director William McFerron.

“If it is cold and we know people are out in it, we try to get them help in some way,” said McFerron. “We want to help but our biggest problem is reaching people.”

McFerron said he is meeting with the Red Cross in February to discuss how to better help the homeless population here in Mercer County.

“We are trying to help as many people as possible,” said McFerron. “The churches and health department have been extremely helpful too.”

Harrodsburg Baptist Church has established a task force to work stations at the emergency warming center when McFerron declares it open.

“When it is cold enough he calls and we come with great enthusiasm,” said Senior Pastor Paul Gibson. “We are grateful to partner with the city and county to help.”

Gibson said he hopes the discussions happening within the community about homelessness will lead to a plan.

“This isn’t about our church, it is about coming together as a community,” said Gibson. “This is really a team effort in the grand scheme of things.”

The emergency warming shelter is located at the Lions Park Community Center at 450 East Factory Street. The hours are from 8 p.m. to 8 a.m.

Cold weather is one of the hidden dangers of homelessness. Hypothermia can set in when temperatures drop below 50 degrees Fahrenheit, but many shelters don’t open until it’s much colder, according to the National Coalition for the Homeless. Exact numbers are hard to come by, but up to 700 die from hypothermia each year, according the Coalition’s website.