Goodlett Arrested In Bardstown After High Speed Flight From The Law 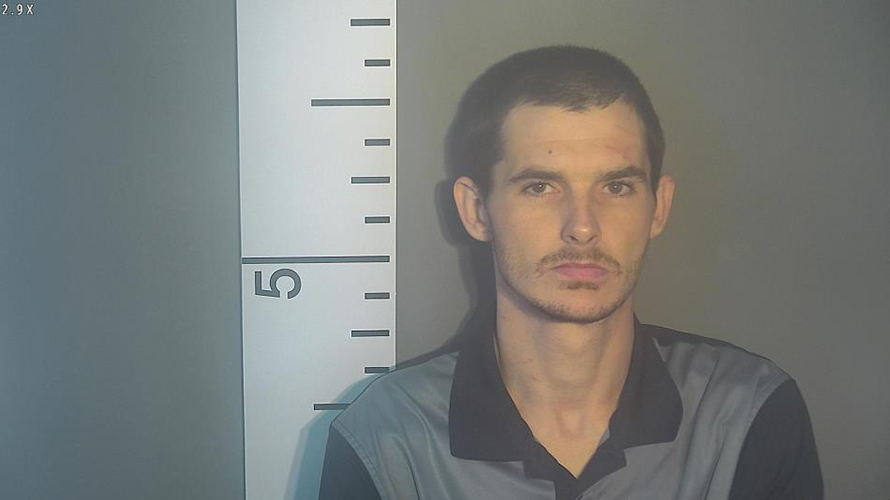 A Mercer County man is being held on charges included attempted murder and kidnapping after leading police on a high speed police chase.

Around 10 p.m. on Wednesday, Oct. 26, deputies from the Mercer County Sheriff’s Officer responded to a complaint about an emergency protection order violation on Warwick Road. According to Dep. Drew Raisor, the man—subsequently identified as James Allen Goodlett, 26, of Harrodsburg—had threatened to “bash” the victim’s “head in.” When the deputies arrived, Goodlett fled.

The victim managed to reach Goodlett on his phone and talked him into surrendering. But when the victim drove out to pick up Goodlett, he “forced his way into the driver’s seat” and sped away, Raisor said.

Deputies attempted to stop Goodlett, but he drove through a cornfield onto Mundy’s Landing. Because of their concern for public safety, the deputies shut down the pursuit, but Raisor followed Goodlett’s car all the way to Kentucky Route 555.

According to WDRB, Goodlett forced the victim to call Nelson County 911 dispatchers and tell them he would murder her if police didn’t back off. The Kentucky State Police stopped the car near US 62 and Bennetts Lane in Bardstown. Even after state troopers disabled the vehicle, Goodlett managed to ran about half a mile into the woods before he was tased and brought into custody.

Raisor said the deputies met with the KSP in Bardstown to file charges against Goodlett. The deputies also brought the victim back home to Mercer County.

It was not Raisor’s first encounter with Goodlett. Back on Sept. 26, Raisor and Dep. Sean Brown were forced to tackle Goodlett in order to take him into custody on charges which included violating a Kentucky EPO/DVO, 1st degree criminal mischief and resisting arrest.

“He kept fighting us,” Raisor said.

Goodlett is being held at Nelson County Jail on a $250,000 bond. His arraignment is scheduled for Monday, Nov. 1. in Nelson County District Court, but he faces charges in Mercer County as well.