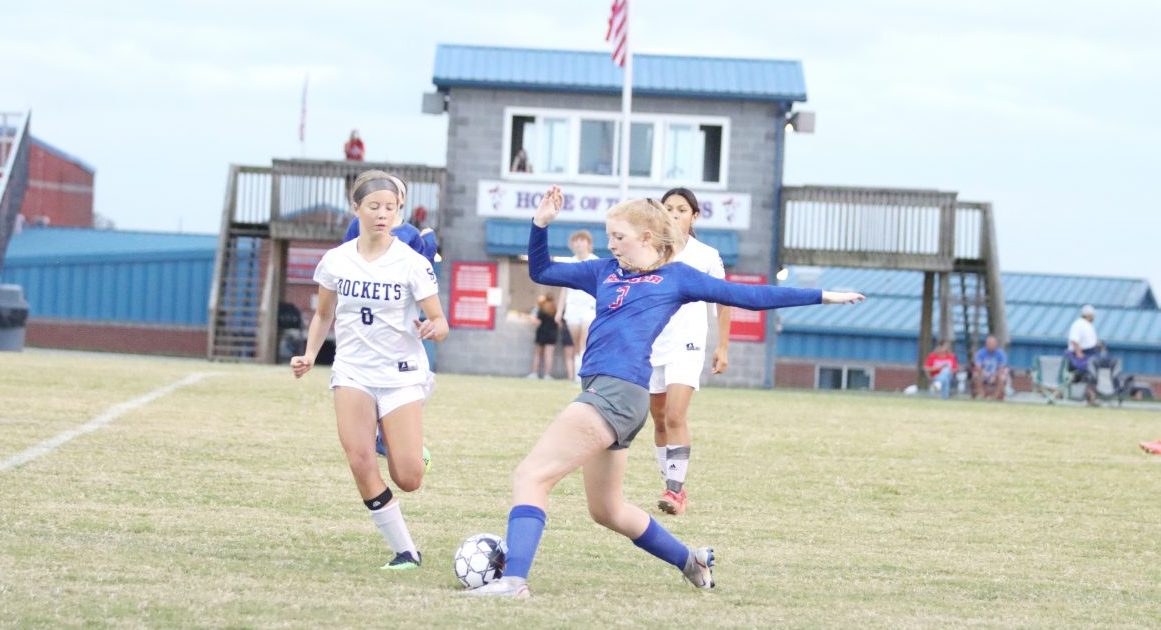 The Harrodsburg Herald/Wesley Bird—Freshman Baylee Sims put a move on the Lady Rockets mid-fielders in the Titans’ 2-2 tie with Shelby County on Monday, Sept. 19.

Mercer had the first look of the game with Irvin getting a shot on goal that was stopped by the Shelby County keeper (4′). Sipe was tested early as well with a save (5′). The Titans offense runs through Irvin who got some looks at the goal, but her first few attempts went over the goal or were stoped by the Rockets keeper (11′, 16′).

Shelby County scored their first goal with their speedy attacker getting past the Mercer back line and going far post past Sipe (24′), 0-1. Junior McKinley Stagner had a look to answer, but her shot was blocked by a Rockets defender (25′). After another save from Sipe, the Titans were issued a weak yellow card. Shelby County’s free kick was caught easily by Sipe in the goal (32′).