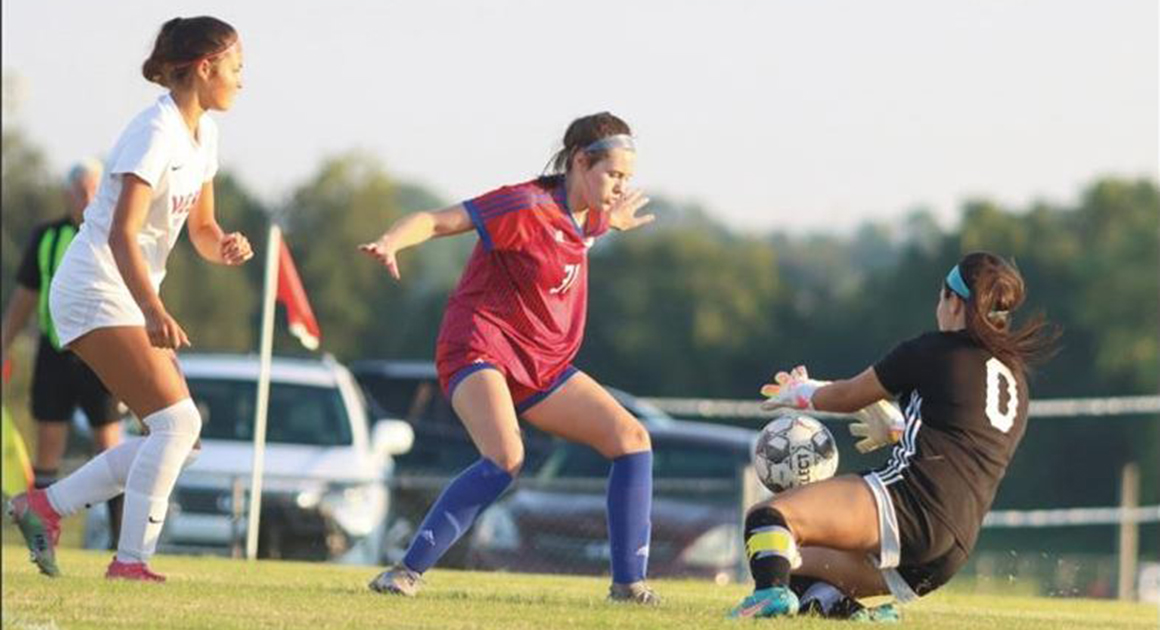 The Harrodsburg Herald/Wesley Bird
Senior Ryleigh Sipe came away with the save during the Titans’ 1-6 loss to the West Jessamine Colts on Wednesday, Aug. 17.

The Mercer County Titans girl’s soccer team  couldn’t keep up with the West Jessamine Colts attack in the second half falling 1-6 Wednesday, Aug. 17. Both teams entered the contest on a two game losing streak, but the Colts came away with the district win.

Mercer had the first look at a goal early with senior Lillie Travillian making a great pass to find Kiley Waldridge in the box, but she was swarmed by the Colt’s defenders before getting a shot off (4′). Senior goal keeper Ryleigh Sipe had her first action of the game with two quick saves (7′, 11′).

West Jessamine put the first point on the board with a great placed ball from a corner kick that curved into the far side of the goal (12′), 0-1. Junior McKinley Stagner had a good feed to freshman striker Kylie Mobley who was denied in the box by the Colts keeper (19′).

West Jessamine scored again, but the goal was negated from an off sides call (23′). Sipe collected another save going up high to make the stop and Aaliyah Grubbs blocked another shot in the box to stop the Colts attackers (27′).

Another Colts goal was reversed due to off sides and Mobley was able to stress the West Jessamine defense with a shot in the box, but it was stopped by the keeper (33′). Mercer tied up the game with Sophomore Laykin Irvin beating the oppositions back line and putting a shot top left past the Colts keeper (38′), 1-1.