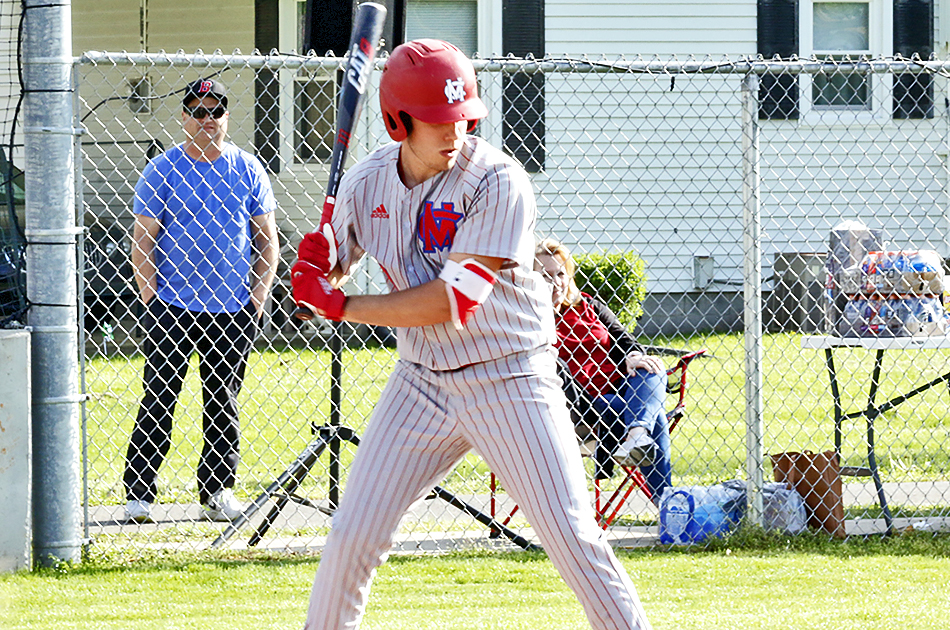 The Mercer County Titans (7-4) sailed to an easy victory over the Burgin Bulldogs (2-8) on Tuesday with a final score of 13-2.

Titans Head Baseball Coach Cody Chrisopher, was proud the team got the job done. “Energy was low, it took us a while to get going.But, everyone battled and got the job done in the later part of the game. Rylan and Landon, two of our seniors, threw well for us and helped us get the win.”

The Titans took an early second inning lead with a sacrifice fly from the shortstop, Seth Caton. The Titan put up three runs in the third inning. Senior Landon McGinnis, singled on a 0-2 count, scoring one run. Evan Hart doubled on the first pitch of his at-bat, scoring one run and Rylan Southworth grounded out, scoring a run.