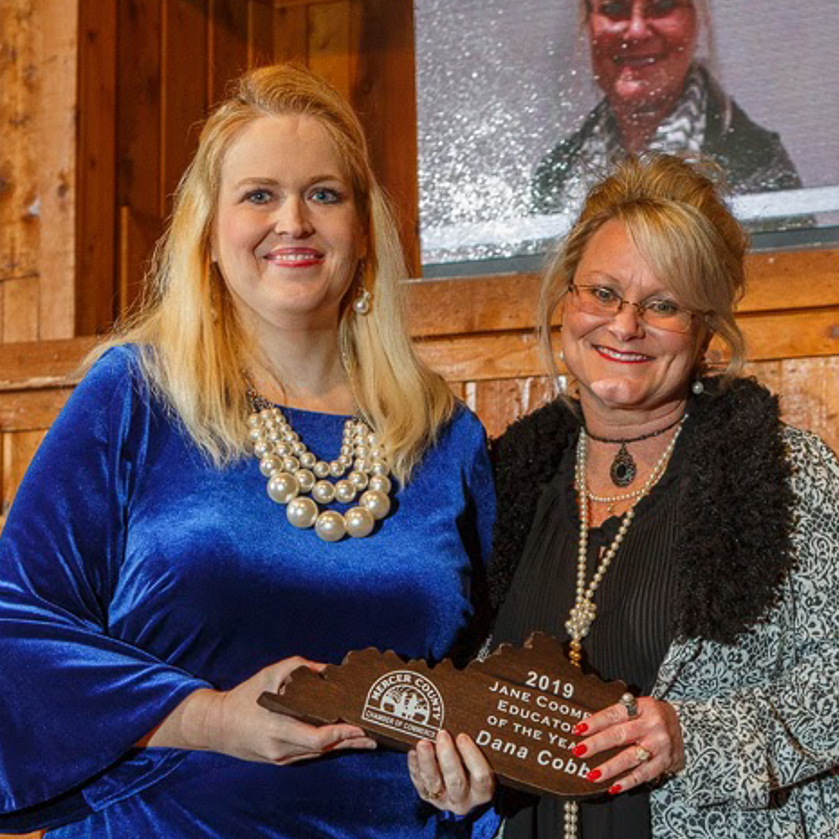 For 29 years Dana Cobb has devoted her life to the students of Mercer County Schools and as of Tuesday she is officially retired.

“It really is an end of an era.” said Amy Riley, MCIS school counselor. “She wasn’t just any principal. Her legacy, influence, and profound impact on the lives of literally thousands of students will go on.”

Riley said she first encountered Cobb while interning at Harlow.

“My path crossed Mrs. Cobb’s at a particularly low moment in my own career. It was there that I met Assistant Principal Dana Cobb,” said Riley.  “Her style was old school; stern discipline, high standards, and the expectation that life’s circumstances don’t define your future successes.  I gravitated toward her and soaked up her wisdom like a dry sponge.”

Following the merger of Harrodsburg and Mercer County Schools, Cobb was promoted to principal of the Fifth Grade Academy.

“When the merger happened and Mrs. Cobb learned she would be principal of the Fifth Grade Academy, she hired me to be the counselor,” said Riley.  “I don’t know how it happened, but she saw promise and potential in me at one of my lowest moments.  She groomed me and cultivated my abilities.”

Riley said Cobb influenced not only her staff but her students with love, encouragement and discipline.

“To this day, her students still find her and thank her.  They say that her teaching style those many years ago at Harlow positively influenced them,” said Riley. “ Though she may not physically be in the hallways of MCIS when the doors open this fall,  Dana Cobb will now and forever be a true Mercer County Titan.”

Cobb said she is emotional about leaving her post as principal of MCIS.

“I am going to miss the kid’s hugs and smiles everyday,” said Cobb. “The hustle of every morning will leave a void.”

Cobb said she has lived for her school and students for the last 29 years, starting work at 7 a.m. and not returning home until 7 or 8 p.m.

“I want to thank my family for all the years they’ve been by my side to encourage and support me, said Cobb. “Especially my husband for all the late nights he had to sacrifice.”

Cobb lost her sister to breast cancer two years ago.

“Unfortunately, my sister isn’t here to see me through my retirement,” said Cobb. “She would have been proud. We had looked forward to spending our retirement years together.”

Retirement doesn’t mean uninvolved said Cobb. She plans on visiting her school to get a few smiles and fill the void left from leaving the morning hustle.

“God has blessed me not with my own children but with the many children that have passed through my schools over the years,” said Cobb. “I am grateful for all they have brought into my life.”