One Man Injured After Shooting On Bellows Mill Road 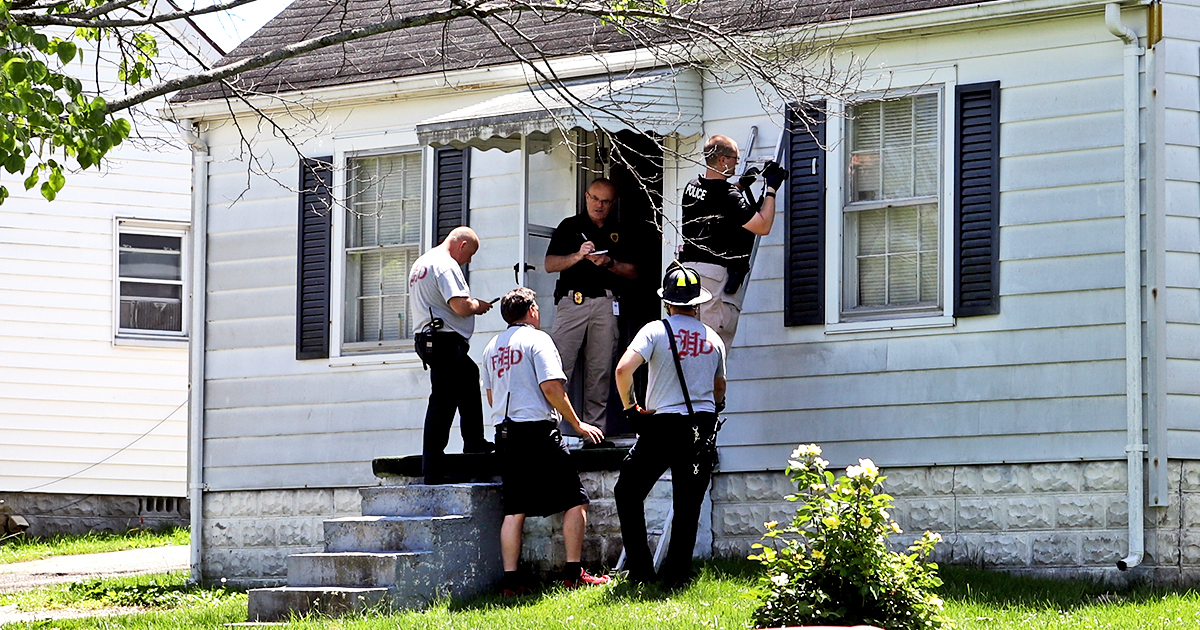 The Harrodsburg Herald/Robert Moore
Members of the Harrodsburg Fire Department and Police Department are still on the scene of a shooting at 554 Bellows Mill Road. The victim was transported to UK Medical Center for treatment. Police are still searching for the shooter.

EDIT: Post was edited to include description of shooter.

One man has been injured in a shooting on Bellows Mill Road.

At approximately 11:54 a.m., the Harrodsburg Police Department received a report about a shooting at 554 Bellows Mill Road.

The suspected shooter fled the scene. His car was recovered on Cogar Avenue, according to Harrodsburg Police Chief Brian Allen. Only two people were involved in the shooting, Allen said.

Police are still searching for the shooter. While investigators have an idea as to who the shooter is, they declined to provide details.

The suspect is described as standing approximately 5-foot, 7-inches tall. He is red-headed white man in his 40s with facial hair. According to the police, he is wearing jeans, a gray shirt and possibly sunglasses.

The suspect is considered armed and dangerous.

Police are still collecting evidence at the scene of the shooting. Chief Allen said they are also executing a search warrant of the shooter’s abandoned vehicle.

If you have any information about this case, call the Harrodsburg Police Department at 734-3311.