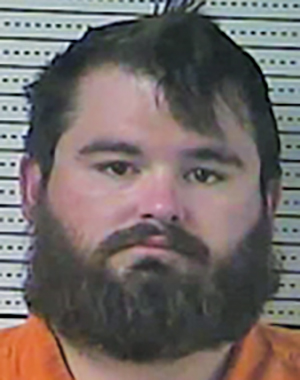 A local man is in jail on a variety charges after being caught speeding while drunk.

On Wednesday, May 6, at 11:20 p.m., Zachery W. Hicks, 26, of Harrodsburg, passed by a traffic stop on Danville Road at 103 MPH without moving over to a safe lane. Officers from the Harrodsburg Police Department attempted to stop Hicks, who continued for two miles before pulling over

Smelling alcohol, police began sobriety testing. According to an HPD Facebook post, Hicks said he had plenty to drink and that he was drunk.

Hicks was being cooperative, so he was handcuffed in the front because of an alleged back injury. While being transported, he started acting erratically, so the arresting police stopped to adjust the handcuffs. According to the post Hicks resisted and had to be assisted out of the cruiser.

Once the handcuffs were adjusted, Hicks was placed back in the cruiser and a seat belt was placed around him. He removed the seat belt and began kicking the door, causing significant damage.

Once at the Boyle County Detention Center, Hicks approached Officer Steele in a threatening manner, continued to resist, and had to be restrained by jail staff.

He is being held on a $20,000 bond. Patrolman Aaron Steele (HPD) made the arrest, with assistance by Patrolman Blake Darland (HPD).