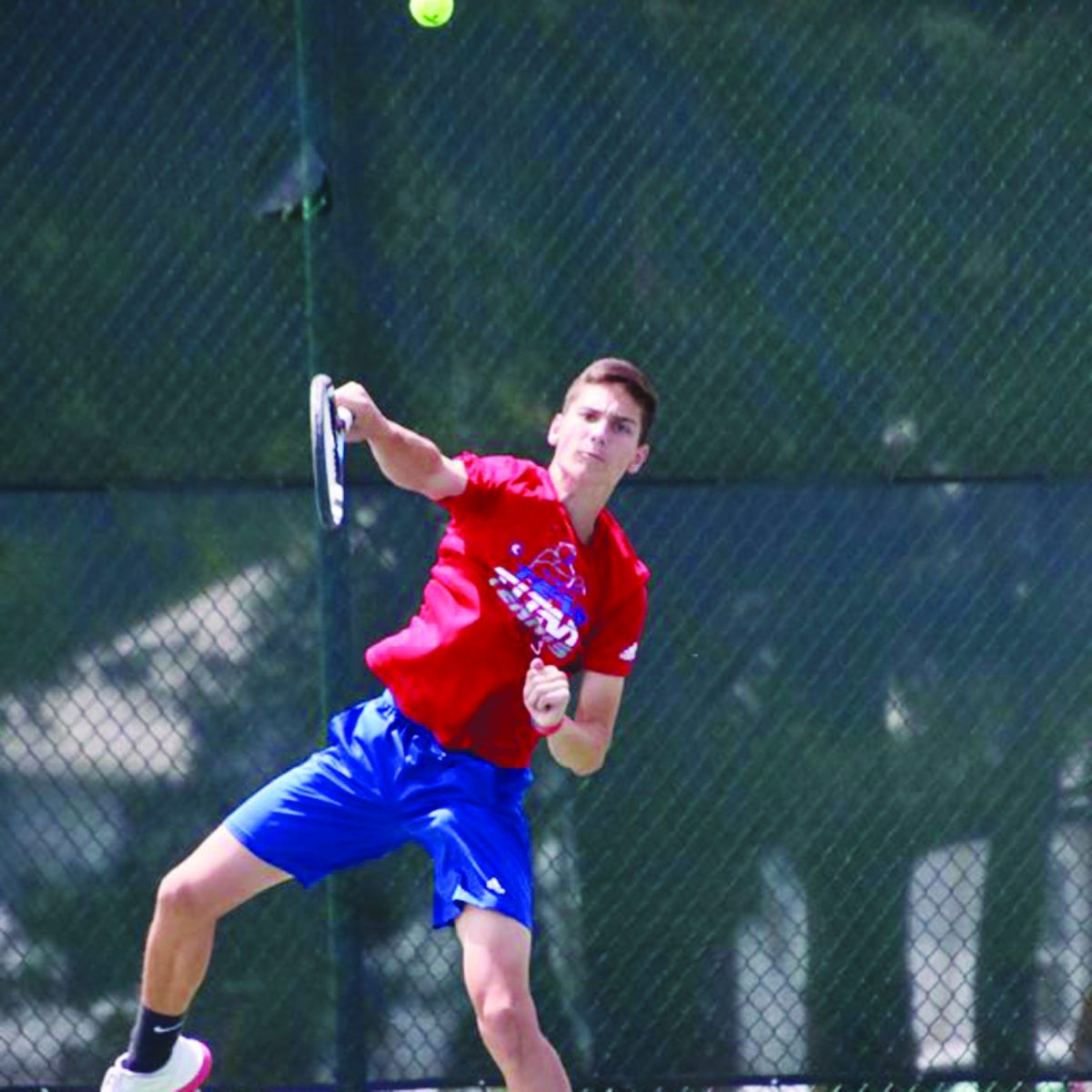 Mercer County senior Kobie Wessling competes at the 12th Region Tournament during his junior year. Wessling will be a Georgetown Tiger next year. (photo by Arpan Dixit)

Living out a dream is something every student-athlete aspires to do.

In the case for Mercer County senior Kobie Wessling, that dream became a reality in a short amount of time.

The senior announced, via social media, that he will be attending Georgetown College to further his education and tennis career.

Wessling started playing tennis last spring, for the first time ever, and instantly fell in love with the game.

“When I first started playing tennis, I became addicted immediately,” said Wessling. “Any chance I have to go play, I jump on the opportunity. I’ve fallen in love with the sport of tennis. It has brought me a lot of enjoyment.”

Wessling’s work ethic is a big reason why he has earned the opportunity to play at the next level.

Wessling’s coach, Shawn Curtsinger, has seen first hand the senior’s work ethic and what it took for him to get to this point.

“The success of any student-athlete or person is related primarily to their willingness to do what the majority aren’t; to sacrifice and put in the work,” said Curtsinger. “In this regard, Kobie is second to none. In this time of information and abundance, Kobie remains humble, and does quite well in his initiative to both seek out wisdom, and apply it with great respect and care. By doing so, I have no doubt he will continue to acquire new ceilings for himself in all areas of life.”

Wessling, who also has a sibling that attends Georgetown College, sighted the campus as home.

“It just felt like home ever since the first time I took a visit. I’ve always leaned towards Georgetown since I began thinking about where I would be attending,” he said. “It has been almost instinct to imagine myself at Georgetown when people would ask me where I’m going to college next year. Georgetown also has a good Christian community which is very important to me.”

Michael Cunningham, one of the coaches for Georgetown tennis, spoke to Wessling about the opportunity to play and constantly stayed in touch with him during the recruiting process.

“Ever since the first time Coach Cunningham and I spoke, I could tell that he was a guy that I would enjoy playing for,” said Wessling. “We have stayed in touch pretty consistently leading up to my decision.”

Wessling has high hopes for this season after competing in the region tournament last season. He plans to major in business at Georgetown.