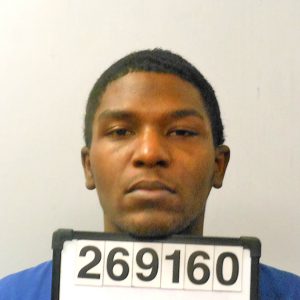 This past weekend was a busy one at Northpoint Training Center in Burgin. An inmate briefly escaped on Friday while four other inmates were injured during a blackout on Sunday night.

The escapee, Alfred Knox, 26, was recaptured  on U.S. 68 by staff approximately three hours after escaping early in the morning on June 8, according to the Kentucky Department of Corrections.

According to a state website, Knox was convicted in 2015 of  2nd-degree assault and tampering with physical evidence in Jefferson County. He was eligible to be released from prison in March 2020 He was placed in the restricted housing unit at Northpoint and will be charged with escape.

Four other inmates were injured during an unrelated assault on June 10.

According to the state, the prison left without power for approximately six hours following a storm Sunday night.

During the blackout,  inmates damaged windows and lights. According to the state, four inmates were treated for minor injuries at a local hospital and released on Monday.

No other injuries or injuries were reported. An investigation into the assault is still ongoing.

It’s been an eventful year at Northpoint. Back in April, Kenneth Daniel Bolin, 44,  of Louisville, overpowered a guard and stole his car.