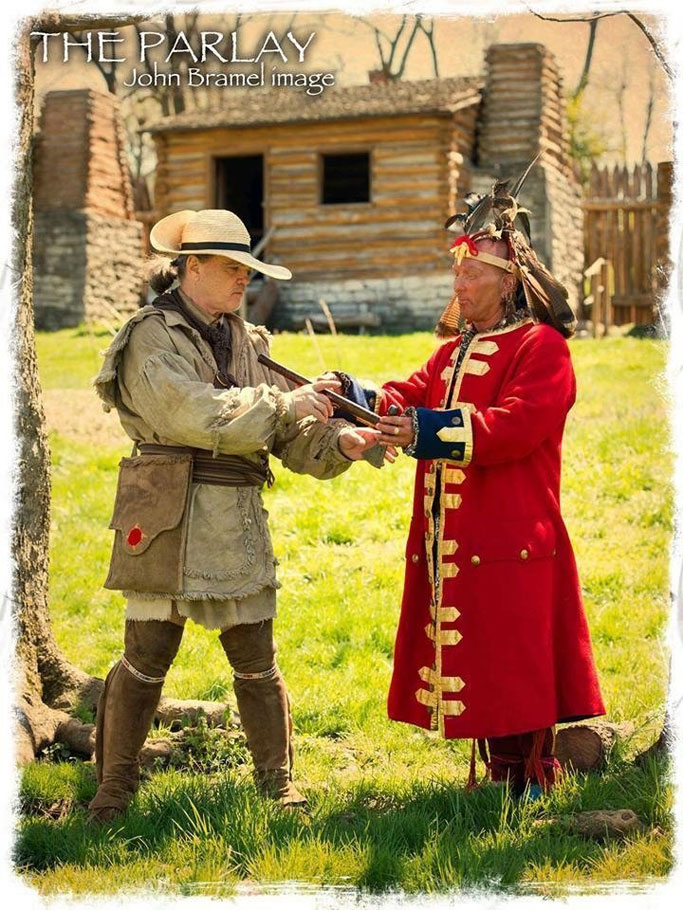 The Old Fort Harrod State Park is hosting a Grand Council re-enactment on Saturday, April 13, from 11 a.m. to 2 p.m.

“The Grand Council is a small re-enactment meant to show the political strife between the pioneers and natives here on the frontier,” said David Coleman, park manager.  “The entire thing is unscripted and completely off the cuff.  We don’t even know who will be here to play the different roles so it really does flow and feel like a real council every time. “

Although there is no documentation that a council ever took place at Fort Harrod the event was common on the frontier.

“As tradition tells us, the natives would have been invited into the fort and escorted to the council fire.  They would then ‘bless’ the fire and pass the peace pipe around indicating they had accepted the settler’s offer of peaceful conversation. They would then spend as much time as they liked explaining their position with no interruptions,” said Coleman.“The whole party would then break for the night, and then the next day the settlers would have their chance to speak their minds.”

Coleman said the re-enactment cannot break for a night so they just speak for a few minutes and then present the case.

According to Coleman this council sets the stage for the settlement and raid re-enactment that occurs in June.

For more information, visit the fort’s website at parks.ky.gov/parks/recreationparks/fort-harrod.