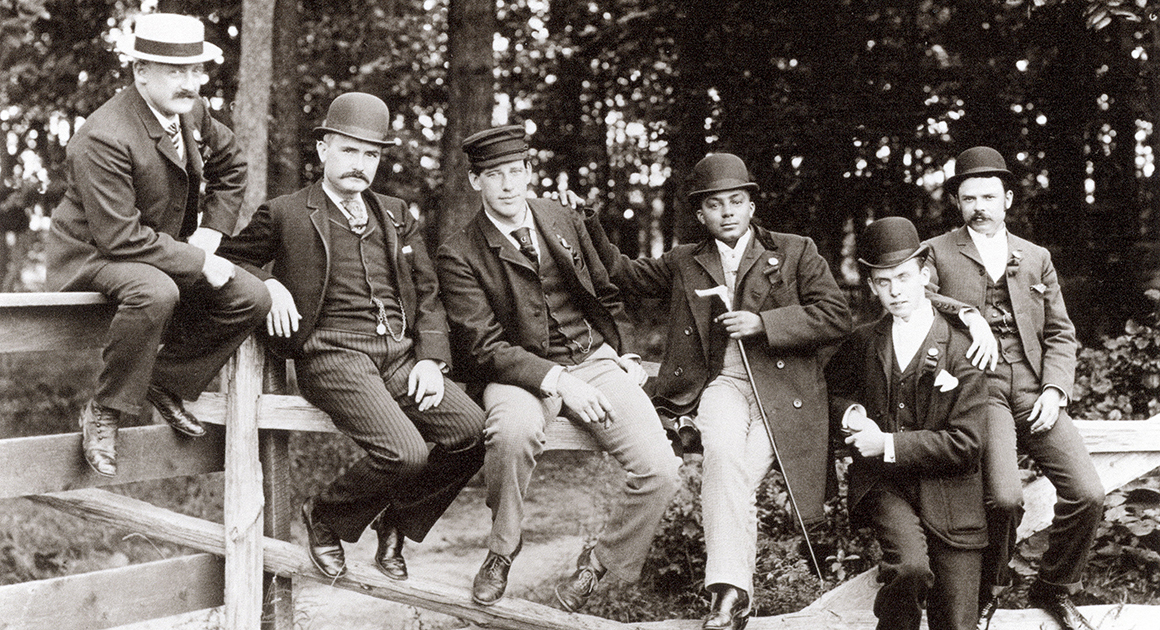 Image: Keeneland Library
Isaac Murphy (third from right) at a clambake celebrates his win at the 1890 Suburban Stakes, at that time the richest race in the United States.

Historian Bill Cooke is coming to Harrodsburg to talk about the horsemen who played a key role in making the Bluegrass the thoroughbred capital of the world. A Harrodsburg native, Cooke is scheduled to speak about the Black horsemen of the Kentucky turf at the monthly meeting of the Jane McAfee Chapter of the National Society of the Daughters of the American Revolution on Wednesday, Feb. 1, at 2 p.m. at the Mercer County Public Library. The meeting is free and open to the public.

Cooke, the retired director of the International Museum of the Horse in Lexington, is working to bring the achievements of Black horsemen to light. In 2017, he served as curator of the “Black Horsemen of the Kentucky Turf,” a permanent exhibit at the museum. Cooke also serves as vice- president of Phoenix Rising Lex which promotes and honors the contributions of Black horsemen in establishing the Bluegrass as the Horse Capital of the World.

“I spent so much time looking at old newspapers and the Sporting News and racing publications,” Cooke said. 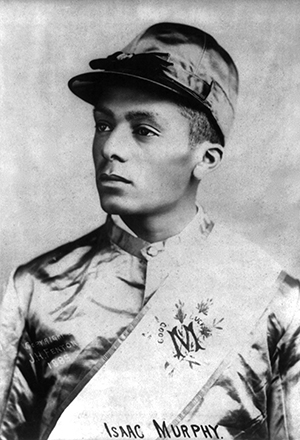 While the lives of a few Black horseman are still well known—such as Isaac Murphy, who won three Kentucky Derbies and was the first jockey inducted into the National Museum of Racing and Hall of Fame—other names have been lost to time. The search is complicated by a lack of records as well as the prejudice of reporters of that era, who focused more on the bloodlines of the horses than the identities of the men who bred, trained and rode them. Especially in the earliest days of the sport in America.

“They’d grab a lightweight 10 year old boy and throw him up on a horse,” Cooke said. “He’d be placed in a race without any training to be there.”

Cooke said horse racing traveled along with settlers from Virginia and Maryland into Kentucky.

“Just about every major city had a race track,” Cooke said, including Harrodsburg, where quarter horse was documented in 1783.

For the wealthy owners, horse racing was all about status and bragging rights. For the slaves who served as trainers, jockeys and stable managers, it was a career with many opportunities, including the chance to win their freedom. Charles Stewart Jr. was born into slavery in Pocahontas, Virginia, around 1808. William Ransom Johnson, the stable owner known as “the Napoleon of the Turf,” bought Stewart when he was 11. Starting as a groom, Stewart became an exercise rider and jockey, winning his first race at age 13. He became a trainer and by 1837, Stewart was running one of Johnson’s satellite stables in Paris, Kentucky.

“He would be sent to Pennsylvania, set up horse breeding, collect the money and send it back to Johnson,” Cooke said. “He wound up having to open up an account at the bank Johnson used.”

Then there was Robert James Harlan, who was born into slavery in 1816. While historians differ on the details of Harlan’s birth, he spent his formative years here in Harrodsburg, raised in the same household as John Marshall Harlan, the future Supreme Court Justice who would become known as “the Great Dissenter.” Robert Harlan opened a store here in Harrodsburg and saved enough money to buy his first racehorse, which grew into a string of horses.

“He was on the road a lot,” Cooke said. That was even before he purchased his freedom in the 1850s. After leaving Harrodsburg, Harlan went on to earn a fortune running a store in California during the gold rush. After several more adventures—including buying his mother’s freedom and racing American horses in England—he settled in Cincinnati, where he became a major player in Ohio Republican politics, holding elected office and counting President U.S. Grant as a friend.

“There weren’t many given that much freedom,” Cooke said, recalling the story of an enslaved jockey in Mississippi. Concerned the jockey was putting on weight, the slave owner had the jockey buried up to his neck in horse manure and let him sweat it out in the sun.

“It was the worst thing you could do to somebody I can think of,” Cooke said. “It was a fairly common thing throughout the south.”

Black participation in horse racing declined after the Civil War, which Cooke attributes to several factors, including the Great Migration, competition from Irish immigrants and Jim Crow.

“They were run out of the business,” Cooke said. Isaac Murphy, who was the winningest jockey in the history of racing, died from heart failure in Lexington at the age of 35, one of the most celebrated figures in American sports.

Cooke authored a book on the subject, “Black Horsemen of the Kentucky Turf.” He said a documentary is being made that would air next year on KET.

“I hope it sees a national viewing,” Cooke said.

He attributes his interest in the subject to growing up here in Harrodsburg. While he graduated from Kentucky Military Academy in 1964, Cooke attended Harrodsburg High School, which was integrated his freshman year.

He also notes the decline in the so-called “sport of kings.” Once the biggest sport in America, today horse racing only commands the public’s attention during the Kentucky Derby. Cooke said the story of Kentucky’s Black horsemen deserves to be told.

“It’s a bigger story than I can tell in 25 minutes,” Cooke said.