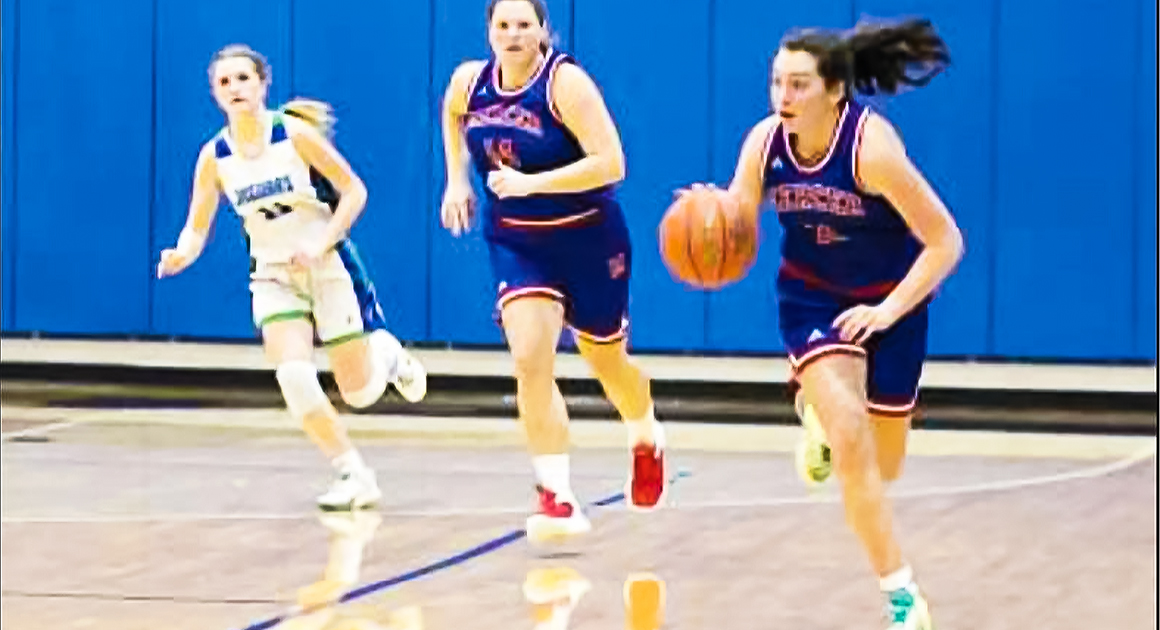 On the heels of a State 2A tournament final-four appearance, head Coach Hayley Spivey and her Lady Titans (12-11) were successful in continuing to build positive momentum. Mercer defeated East Jessamine (2-15) on Jan. 17, 50-28 maintaining a perfect 46th district record in the process.

Junior Anna Drakeford made a strong drive to the basket moments after the opening tip. Drakeford’s left-handed layup rolled off the rim and to junior Sara Dunn. Dunn was fouled on her putback attempt but hit both free throws to set the tone and give Mercer the 2-0 lead.

The Lady Titans’ defense was on display early in the contest as senior Lindsay Jessie swatted a would-be layup out of bounds from a driving East Jessamine player. After a Mercer rebound, Jessie cleaned up a missed layup off a fast break for her first points of the night.

Mercer made it clear they were going to be the aggressors on the glass. Freshman Teigh Yeast got involved defensively on the next possession, forcing another Lady Jaguar turnover. Yeast converted two free throws after being fouled on her layup attempt and put Mercer ahead 6-0.