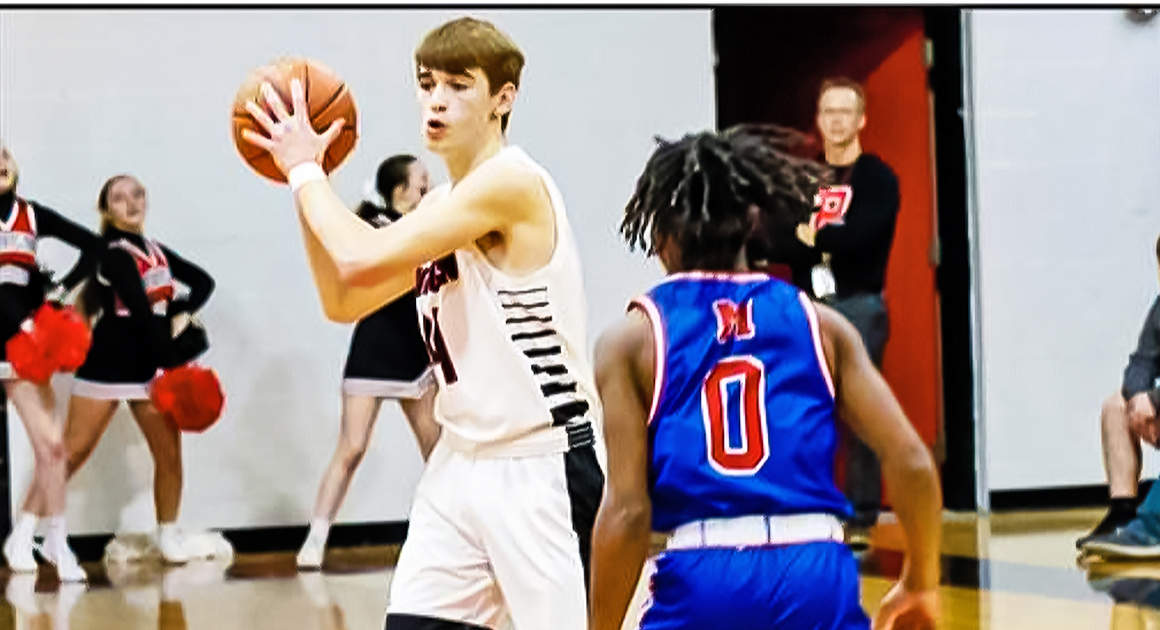 The Harrodsburg Herald/Casey Roberts
Burgin junior Jake Taylor attempted to keep Mercer’s Thaddeus Mays at bay during the first half of their homecoming match-up.

For homecoming 2023, Burgin was set to take on intercounty rival Mercer County Friday, Jan. 20. Despite the valiant effort, Mercer would be too much to overcome with Burgin losing 67-41. Mercer handed the Bulldogs their 15th loss on the season.

The Burgin and Mercer County boys basketball match-up saw the Bulldogs attempting to get back into the winning column and the Titans attempting to win two straight after narrowly defeating East Jessamine in their previous contest.

Mercer controlled the momentum in the opening minutes, scoring the game’s first seven points. Head Coach Todd Claunch felt the urgency of the opening sequence and called his first timeout in an attempt to regather his team. Burgin showed no signs of quit, still patiently running their motion offense. The Bulldogs managed to get open looks from the 3-point arc, but failed to convert.

Burgin’s dependency on the long range shot has on many occasions helped them find success and mount amazing comebacks. On this night, however, it was not to be. Mercer’s size caused matchup issues for Burgin all night. Mercer senior Wade Lane came up with nearly every loose ball. Even when shots are not falling for the Bulldogs, it is uncommon to see them out-hustled.