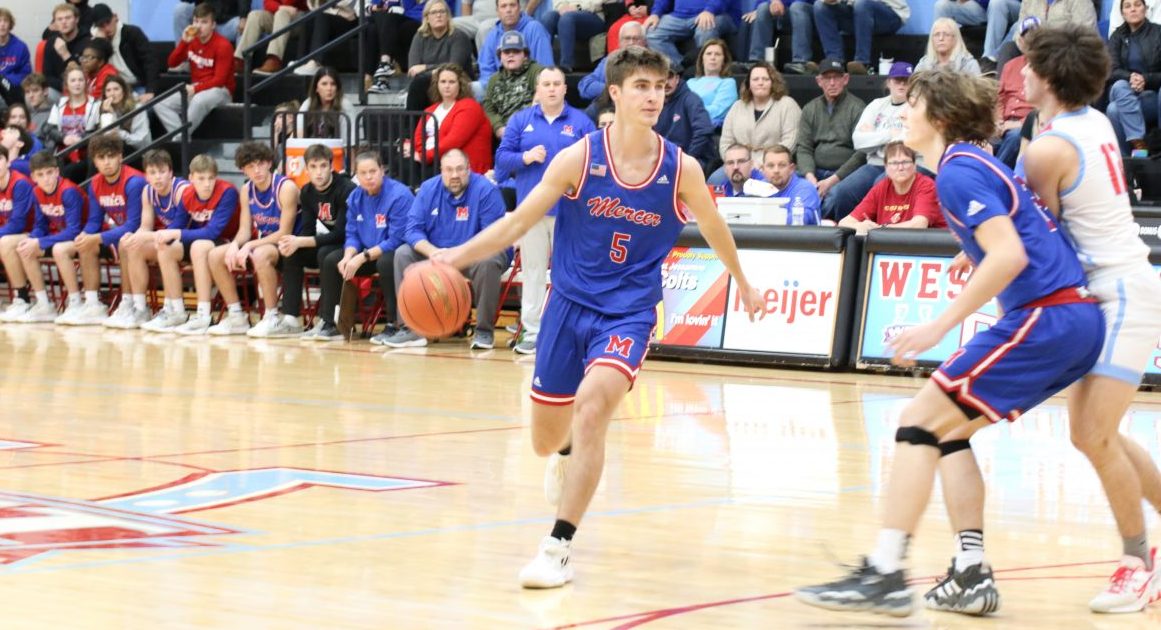 The Mercer County Titans boys basketball team (7-8) traveled to West Jessamine (10-8) Friday, Jan. 13, in search of their first true road win of the season. Despite three quarters of solid play, the Colts pulled away from Mercer in the final quarter to earn a double-digit victory over the Titans 58-40.

Mercer took the stage in front of a ruckus West Jessamine home crowd. The stage was set for the Titans to try and break a seven-game losing streak to the Colts.

Head Coach Josh Hamlin had his team ready from the opening tip. The Titans looked focused and ready to compete. The game’s early minutes were a defensive battle. Junior John Lincoln Perry found sophomore Trevor Ellis for a layup for the game’s first points. West Jessamine reclaimed the lead via a long-range 3-point shot with 4 minutes to play in the first quarter.

The Colts converted on a mid-range jumper on their ensuing offensive possession to claim a 5-2 lead. Ellis fought his way into the lane for his second field goal on the night, drawing the Titans within one point.

The early momentum was teetering between the teams but, West Jessamine’s offense started to heat up, scoring three possessions in a row, this time on a layup resulting in a foul. West hit the free throw to convert the 3-point play. Senior Wade Lane provided an immediate spark off the bench, hitting a 3-pointer for his first basket of the contest. In the final minutes of the first quarter, Mercer trailed 8-7.

West Jessamine added three more points to their lead after another layup plus a foul. Lane answered by splitting a pair of free throws for his fourth point, cutting the deficit to 11-8. West Jessamine drilled another jump shot at the 30-second mark 13-8. In the closing seconds, junior Thaddeus Mays got to the rim for his first points of the night. What should have been a momentum builder for Mercer quickly turned in favor of the home team. A West Jessamine player caught the inbound pass with two seconds remaining in the period, took one dribble and launched the ball from nearly three-quarter court. The ball hit the glass and fell through the rim as the buzzer sounded, putting the Colts ahead 16-10 at the end of the first quarter.

The Titans travel to Burgin, Friday, Jan. 20, with varsity tip-off before Burgin’s homecoming festivities at 6 p.m.