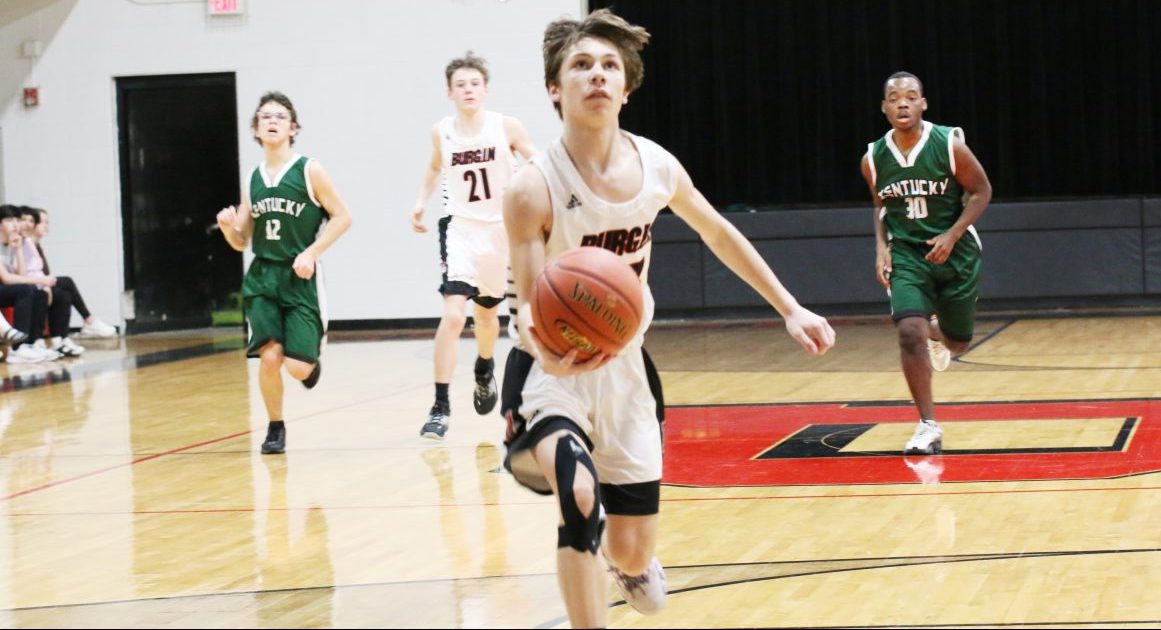 The Harrodsburg Herald/Casey Roberts
Landon Sexton goes for the layup in the Burgin Bulldogs’ win last Wednesday, Jan. 12, against the Kentucky School for the Deaf.

Head Coach Todd Claunch elected to give his junior varsity the opportunity to gain some valuable experience. Junior Jake Taylor has made headlines for the Bulldogs this season, but on this night it was little brother Hudson who led the way for Burgin with a season-high 17 points.

Taylor scored his first two points immediately off the tip giving Burgin the 2-0 lead. In the ensuing minutes, both teams struggled to score. Taylor eventually broke the cold streak with a 3-pointer giving Burgin a 5-0 lead. KSD started to battle back, scoring six straight to take the lead 6-5.

Taylor had the hot hand responding with six straight of his own points. KSD continued to make an effort to score at the rim, being fouled on their next possession plus the basketball. After converting on the free throw Burgin held a 13-9 lead.

A frustrated Burgin coaching staff was forced to call a time-out to regroup. What transpired was a sudden change in attitude for the Bulldogs. Freshman Landen Sexton ripped down an offensive rebound for his first basket of the night. Sexton added two more after scoring on an aggressive take to the rim. Burgin locked down defensively and did not allow another basket for the remainder of the first quarter. The Bulldogs led 17-9 at the end of the first period.