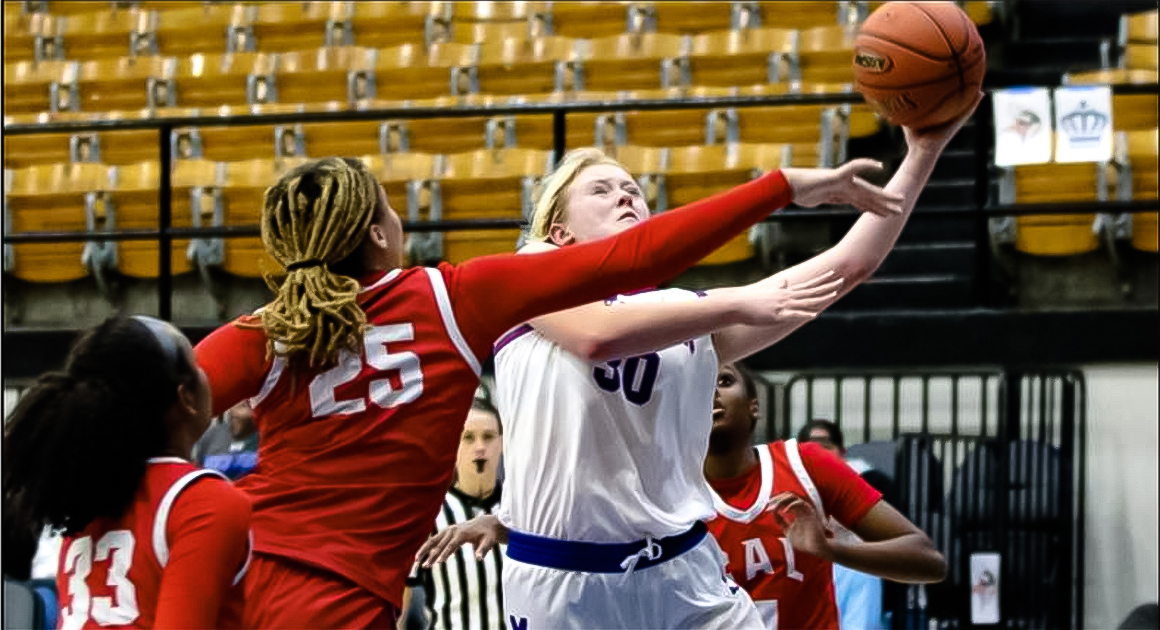 The Harrodsburg Herald/Pam Merchant
Senior Lindsay Jessie fights through the CAL defenders for a layup in the semifinals of the Class 2A state tournament on Saturday, Jan. 15, in Owensboro.

The Mercer County Lady Titans (11-11) had very high expectations heading into the 2022-2023 season. Injury to senior leader Timberlynn Yeast forced the Lady Titans to adjust on the fly. The stacked first portion of the schedule truly proved to be trial by fire, reflected by the 4-10 record through the first 14 games. However, New Year, new Lady Titans and they went on a seven game winning streak to start off 2023.

On Friday, Jan. 13, Head Coach Hayley Spivey and her squad earned their seventh straight victory after beating Franklin-Simpson (7-8) in the opening round of the Girls 2A State Tournament.

“We have obviously faced some very tough competition to begin the season. Adjustments needed to be made and we are still making those adjustments. But I do feel like we have turned a corner,” said Spivey.

According to Spivey even through the troubling start, this Lady Titans team has relied heavily on their consistent defensive play.

“We continue to improve in all facets of our game. But our defense has pleasantly surprised me,” she said.

In Mercer’s first 20 games, only four teams have managed to score over 60 against them.

The absence of Timberlynn Yeast affected the team in multiple areas. As Mercer’s leading rebounder from last season Spivey’s team struggled early on to fill the void.