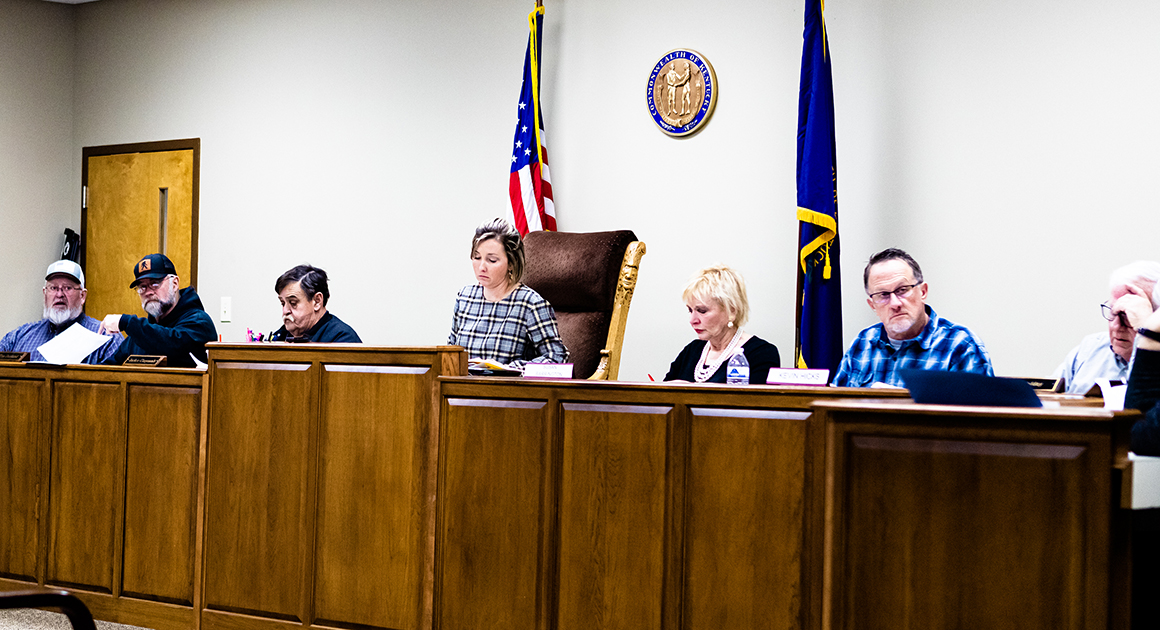 The Mercer County Fiscal Court—including new Judge-Executive Sarah Gray Steele and new magistrates Stephen “Pete” Elliott, Susan Barrington and Kevin Hicks—convened for the first meeting of 2023 on Tuesday, Jan. 10. The new members got a crash course in the minutiae of running a government, approving budgets for the county clerk and sheriff’s office and purchasing equipment for the road department.

The fiscal court approved the maximum salary cap for County Clerk Chris Horn’s office for 2023—which includes a three percent pay increase—of $360,500 for full time and part time salaries and wages, overtime. The fiscal court pays all other benefits.

It’s a larger amount than last year and Judge Steele said they may have to revisit the decision. The county has to make their decision before the state makes their announcement on the cost of living allowance. She said they can amend the decision if the state approves a different percentage.

The magistrates also approve the clerk’s yearly estimated budget for 2023, which Horn said projects $6.4 million in revenues versus $6.3 million in disbursements for a $67,000 book balance. Horn said his staff is still working on 2022 financial reporting. He said they are currently working on monthly and fourth quarter statements. Horn said he will present the fiscal court with a check in March, which he said he hopes will be more than $67,000.

Magistrate Elliott asked about a line item for storage fees. Horn said a new state law requires his office to track those expenses.

“The law is specific on what we can use that money for,” Horn said. He said book balance had to be revised after they learned of the law.

The magistrates also discussed the possible financial impact of new recording requirements. Horn said they can work with funding within the budget to provide 24 surveillance on voting machines to insure there is no tampering.

Horn said the equipment is currently under camera surveillance, but it’s a motion-activated camera, not constant recording as required by new law. County Attorney Ted Dean introduced the new magistrates with a key concept with which they’ll contend throughout their careers in local government: state legislature enacting laws that local government has to pay for.

“The legislature likes to do unfunded mandates,” Dean said.

Next, Sheriff Ernie Kelty presented the fiscal court with the maximum salary cap for his office in 2023. The cap—which also includes a three percent pay increase— is $809,000, which includes deputies, office staff and court security.

Kelty also presented the magistrates with an estimated budget with $1.3 million in revenue versus $1.3 in disbursements for a $7,500 book balance. Sheriff’s office.

Kelty also took the opportunity to give the court a head’s up on issues facing the sheriff’s office. He said they are still two deputies short. Though they had sought qualified officers, it fell through both times. Kelty said they may have to bring in non-certified personnel. The sheriff said they’re going to have to take a look at salaries in nearby counties and what they will have to do to compete.

The sheriff said other offices are offering more money.

“Folks, if we lose another deputy, we’re going to be in an awful bind,” Kelty told the magistrates.

He said he will present the court with detailed program in writing. Kelty said they are looking at promoting two more supervisors—sergeants—for night shift and during the day.

“This is my last term,” the sheriff said. “I will retire at the end of this last term. I’ll have done my job right if in two weeks after I’m gone, they don’t know I’m gone.”