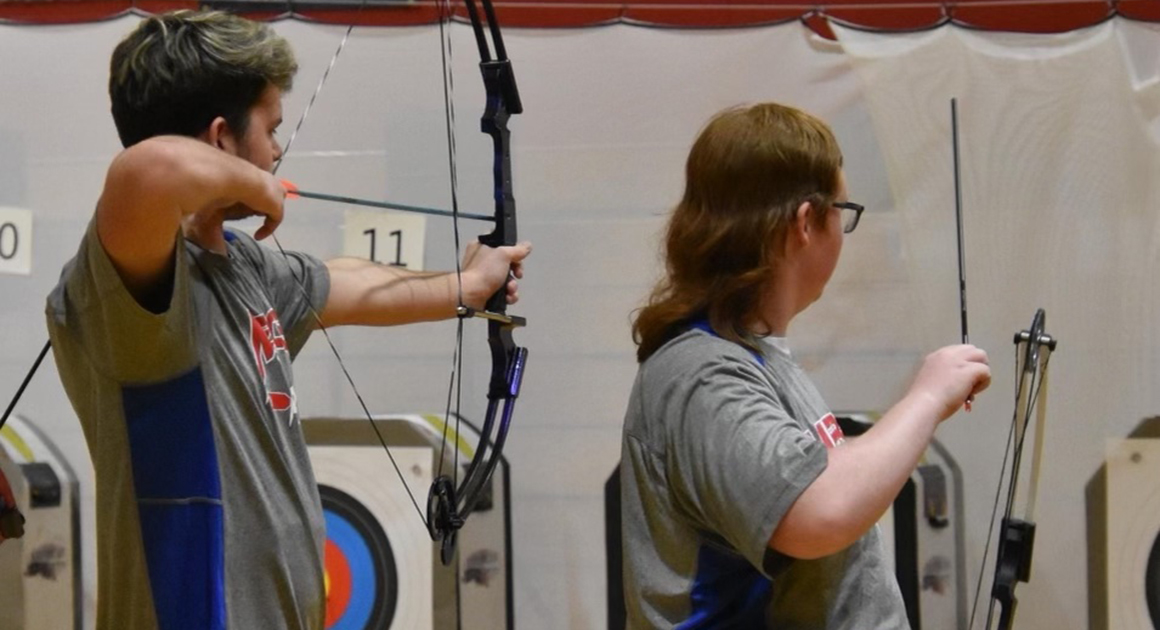 Photo Submitted
Kamron Maddox and Jake Best take aim for Mercer’s archery team in the Titan Tournament on Jan. 7. Maddox placed second with a score of 295/300.

The Mercer County Archery program hosted their Titan Tournament over the weekend Saturday Jan 7. Elementary, middle school and high school teams were all in attendance.

The elementary team outperformed expectations and can now build on new baseline scores. Westin Mills placed fifth and was the top scorer for Mercer in the elementary age group, shooting a 238/300.

The Middle School age group “Did what was asked of them and continues to show improvement,” according to Coach Miller, Levi Robinson placed fourth and led the way for the Mercer middle schoolers scoring 271/300.

The High School group was composed of several top ranked teams. Mercer had an outstanding outing, squeaking past Boyle County to claim second place by the narrowest of margins 3295 to 3294. Mathew Devine tied three other participants for third place shooting 287/300. Senior Kamron Maddox was top dog for Mercer shooting 295/300, earning him second place overall in the high school group.

Coach Miller expressed excitement in his team’s results and welcomes the growing process as the program makes a push to qualify for the state tournament.

All three teams will head to Boyle County High School for their next competition Saturday, Jan. 14.