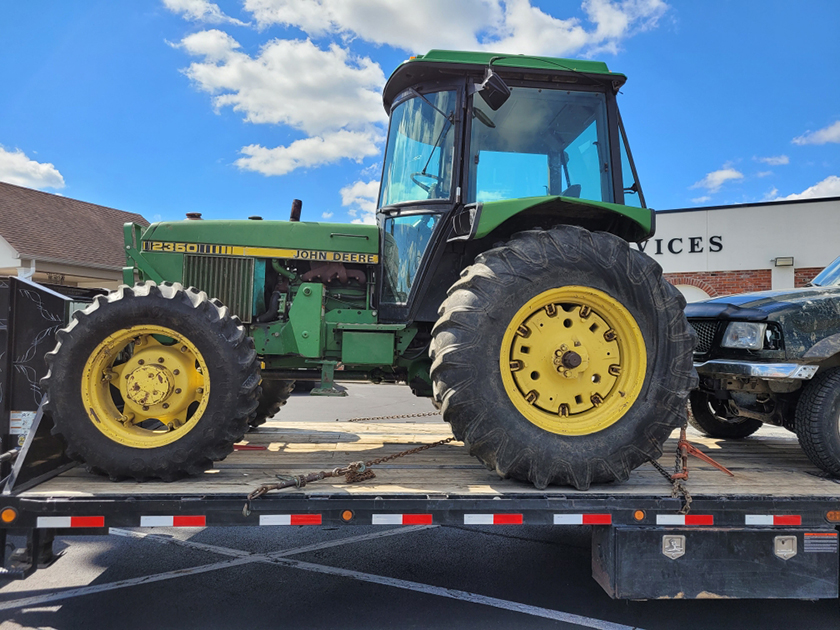 The Mercer County Sheriff’s Office were able to recover a stolen tractor and truck in September. Nationally, the recovery rate for stolen heavy equipment is about 20 percent. (File image).

A Harrodsburg man has been indicted in connection to the September theft of two vehicles. Last week, Julian Sampson, 57, of 468 Central Pike, was charged with two class D felony counts of receiving stolen property.

Back in September, Dep. Bill Cruce of the Mercer County Sheriff’s Office executed two search warrants, recovering a 2002 Ford Ranger and a 1986 John Deere tractor which had been reported stolen on Sept. 4. Cruce said they located the truck and tractor several hundred yards in the woods off Central Pike.

Cruce said an informant provided the information that led to the search warrants. He said the informant said the tractor was going to be sold for parts. The value of everything stolen amounted to approximately $26,500, Cruce said.

The case is notable because over half of all insurance claims involving heavy equipment are thefts, according to a 2002 report complied by the U.S. Department of Justice. Even with the launch of the National Equipment Register in 2001, the recovery rate for heavy equipment is 20 percent due to the difficulty of identifying heavy equipment and scant oversight in the used equipment market.

Sampson’s bail was set at $10,000 with conditions: report to pretrial services, submit to random drug testing and no new arrests involving alcohol, illegal substances or pain medications with or without a prescription. Dep. Cruce testified.

For the rest of the indictments, check out the latest issue of the Harrodsburg Herald. Click here to subscribe.