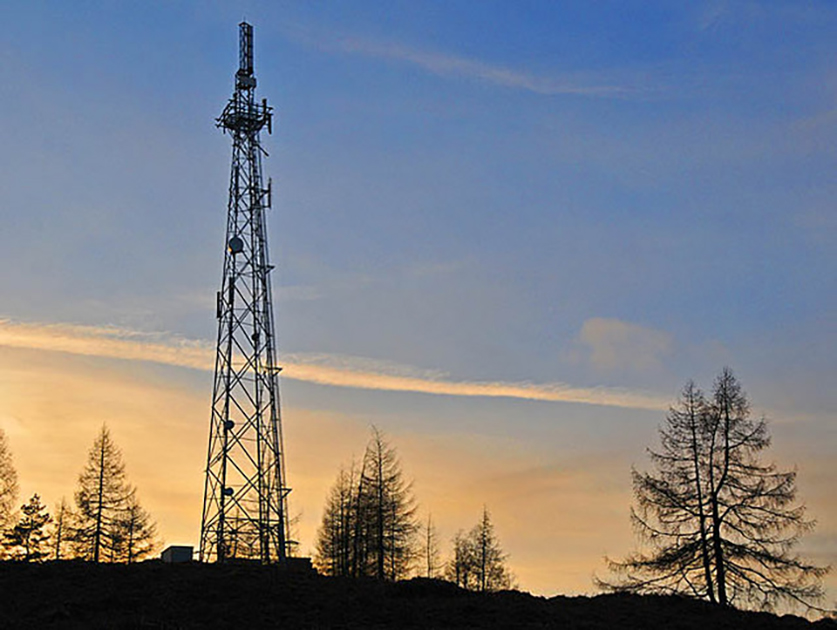 Despite hearing a lot of static from some of the neighbors, the Harrodsburg-Mercer County Planning And Zoning Commission approved the construction of a cell phone tower on Kennedy Bridge Road.

At last week’s meeting, the planning and zoning commission held a public hearing on an application submitted by WC22-01 CellCo. Partnership, which is doing business as Verizon Wireless, to construct a 300 foot telecommunications tower at 555 Kennedy Bridge Road. The property is owned by Tony and Marlene Warner and is zoned A-1 (Agricultural).

Russell Brown, an attorney with Clark, Quinn, Moses, Scott and Grahn of Indianapolis, Indiana, represented the applicants. Brown said the location was chosen to decrease disruption to nearby properties. The attroney described the project as a self-supporting tower with no guidelines. He said it was designed to receive additional antennas in the future. Brown also provided a statement from Verizon design engineers that the tower would provides coverage and enhances capacity in the area. Brown said the tower would enhance coverage in Burgin, the lake and southeast Mercer County for both residents and commuters.

“There are no towers within the immediate vicinity,” Brown said.

Verizon concluded there is not a more suitable solution for the tower, he said. Alternatives were too far outside the search area. Brown called the tower “public infrastructure.”

“It’s needed in all areas of the community,” he said.

After Brown’s presentation, Zack Gross, a member of the Burgin Board of Education, spoke about “the lack of a cell signal in Burgin,” and how the tower could enhance safety in case of a “planned attack.” Gross said the tower, once completed, would allow students to continue their studies from home on snow days.

All the other speakers were opposed to the project. Diana Covell said she and her family run a cattle farm across the street from the proposed tower location.

“I do not consent to the construction and the operation of this cell phone tower,” said Covell, who cited her rights under the first amendment of the U.S. Constitution among other reasons to explain her opposition.

“Air is the holy spirit,” Covell said. “In my faith, my air is sacred. This frequency changes the currency state of the air, my air.”

Covell also referred to the Book of Genesis in the Bible.

“I have dominion over my property to honor this covenant under my faith,” said Covell, who compared the tower to a semi driving over her property.

“No one has the obligation to provide anyone with five bars of signal,” Covell said.

She said building the tower—which called a “frequency factory”—would leave her and her family with no choice but to move.

Ann Covell read a letter from her son, Jeff Covell, who also opposed the tower, which he called “intrusive.” In the statement, he said the family has invested hundreds of thousands of dollars into the property which the tower would put in jeopardy. In the letter, Jeff Covell called it a torture to ask them to subject their children to the tower.

Ann Covell also lives across the street from the site. She said she moved to Kentucky in 2014.

“It is my dominion,” Ann Covell said. “One hundred percent I do not consent to the tower.”

Another neighbor, Susan Vanarsdall, said she and her family had been approached about building a tower but they did not because of their neighbors. Vanarsdall said the electromagnetic field generated by the tower could harm animals as well as people.

“Can you guarantee that the EMF production at that tower will not harm animals or people?” Vanarsdall asked Brown.

Given a chance to respond, Brown reminded the planning and zoning commission that state statute said health concerns were outside their consideration.

“That is not something you can consider to determine the siting of a cell tower,” Brown told the board. “That is outside the purview of your commission.”

Brown said there is no study in the U.S. that concludes there is a negative health impact on humans or animals from electromagnetic fields, and referred the board to a statement from the American Cancer Society, which draws from research into the subject conducted by the International Agency for Research on Cancer, the US National Institute of Environmental Health Sciences and the Advanced Research on Interaction Mechanisms of electroMagnetic exposures with Organisms for Risk Assessment. In the statement, the American Cancer Society noted that extremely low frequency radiation like electromagnetic fields “is a type of non-ionizing radiation. Non-ionizing radiation does not have enough energy to directly damage DNA.” While they provided suggestions for how people can limit their exposure to electromagnetic fields, the society concluded that it was not clear that exposure to extremely low frequency radiation is harmful.

After the public hearing was closed, Shawn Moore, the executive director of planning and zoning, presented staff findings. Moore told the board that state law prohibits them from regulating cell towers based on radio frequency emissions. He said there were no other existing towers within range that would meet the technical requirements. Moore said the county’s comprehensive plan requires cell towers to be developed in way that maintains property values and character of surrounding community. He said there were no dwellings within 500 feet of the tower other than the occupants.

“It would in no way be detrimental to public health,” Moore said. He said denial of the application would have to be based on substantial evidence.

“There is no reason to deny the construction of the tower,” Moore said. He recommended they approve it.

Chairman Bobby Upchurch asked for a motion. Commissioner Jerry Catlett asked if the planning and zoning commission had any option to deny the application. Upchurch said under the law they didn’t.
Catlett moved to approve the application as described, which Commissioner Jim McGlone seconded.

According to Moore, those opposed to the project have 30 days to object.