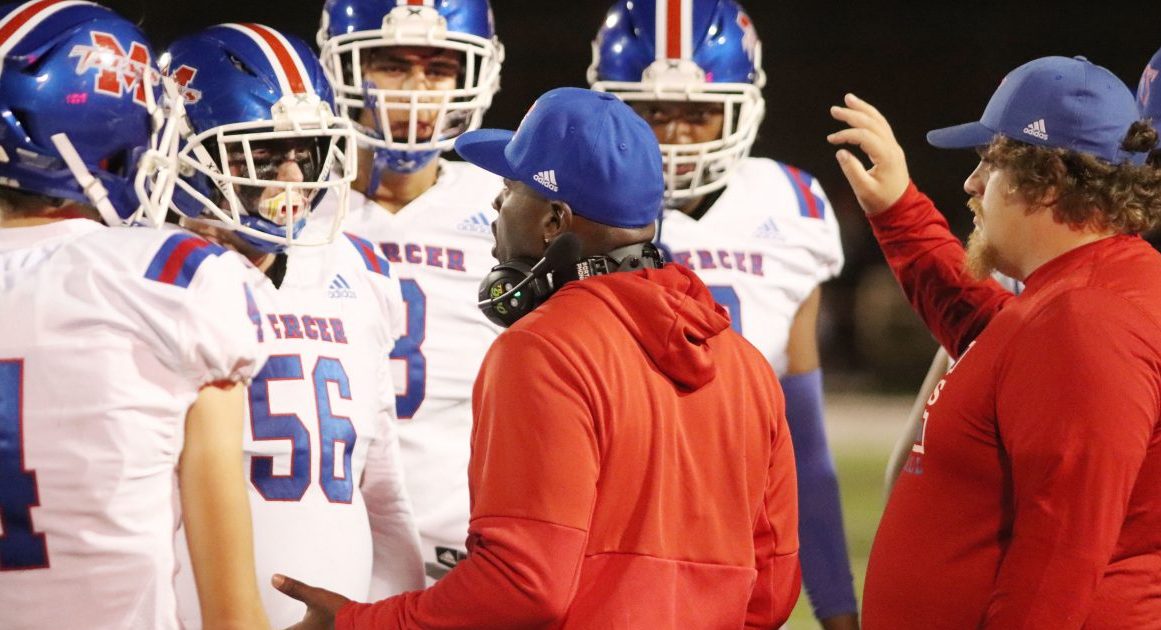 The Harrodsburg Herald/Wesley Bird
Head Coach Craig Yeast finished his first season at the helm for the Titans with a 5-6 record.

The Mercer County Titans football team’s first season under new Head Coach Craig Yeast was always going to be a rebuild year. The team graduated 17 contributing seniors in 2021 combined with a new offensive system that took time to learn.

The 2022 Titans season ended in the first round of the playoffs after losing to Elizabethtown, 13-49. Mercer  finished with a record of 5-6 including a district record of 2-2. The Titans faced a tough schedule to start the season falling to Lexington Christian, Tates Creek and Southwestern.

Mercer was average this year beating the bad teams and losing to the good ones. The team and coaching staff have a year under their belt together and a lot of young players saw playing time.

Buford and Penn held down the tackle positions for Mercer and will be missed on the offensive line. The Titans will have to find new linebackers next season with Pennington (87), Weldon (32), Fister (30) and Sheperson (28) combining for 177 tackles from the position in 2022.

On offense, Lane ended his senior year of football with a team high four touchdown receptions and Pennington was third on the team in rushing with 351 yards and four touchdowns.