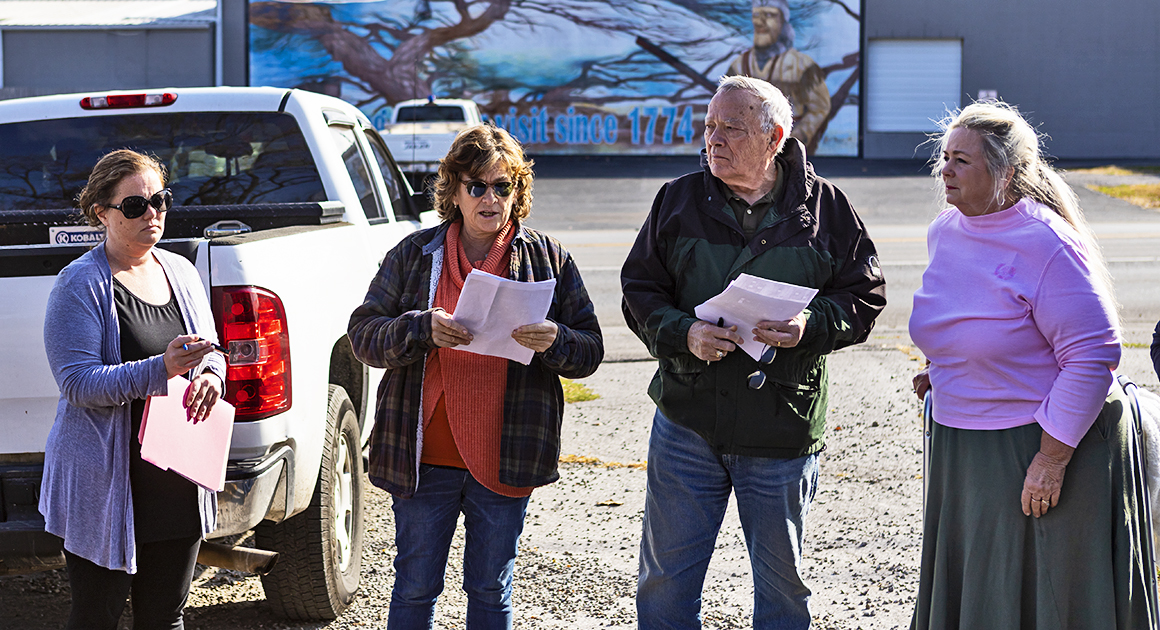 The Harrodsburg City Commission is looking at creating a new city park at the intersection of College and West Lexington Streets. On Friday, Oct. 28, the city commission held a unique special-called meeting at the intersection. Commissioner Jennifer Kazimer said she wanted people to be able to “conceptualize” what could be done with the property, five lots the city owns surrounding MAFEW (Mercer Area Family Education and Wellness).

“It’s a pretty good size property,” Kazimer said. She said the property was an asset to the community. Kazimer said she would like to see the city develop the property into what’s called a pocket park— a small park accessible to the general public—that would be dedicated to local veterans, in particular the Harrodsburg Tankers.

In a handout, it was suggested that, if the lots were consolidated and turned into a park, it could revitalize a neglected area, protect and preserve local history and heritage, conserve local flora, transform under-used real estate, enhance and strengthen local character, make the surrounding community safer, add to the urban tree canopy and, hopefully, serve a catalyst for additional investment and community improvements.

Last week, the city commission voted to sell a vacant parcel of property—approximately .07 of an acre—to Joseph’s Dream for $1,000. The nonprofit group plan to erect a bronze statue James Harrod on the lot.

In September, the Harrodsburg-Mercer County Tourist Commission approved paying up to $20,000 over two years to paint a new mural on the back of the courthouse, which faces College Street. The new mural would depict James Harrod and the Osage orange tree, as well as Old Fort Harrod State Park, Shaker Village of Pleasant Hill and downtown Harrodsburg as well as a pioneer family.

Officials say they’d like to develop the park to be in line with the other projects. Kazimer said the monuments and park could serve as “a gateway to our city.”

Mayor Billy Whitenack moved to spend up to $2,500 for a survey with a possible eye towards consolidating the lots. The motion passed unanimously.

The next regular meeting of the Harrodsburg City Commission will be Monday, Nov. 7, at noon.

For more great stories, check out the latest issue of the Harrodsburg Herald. Click here to subscribe.