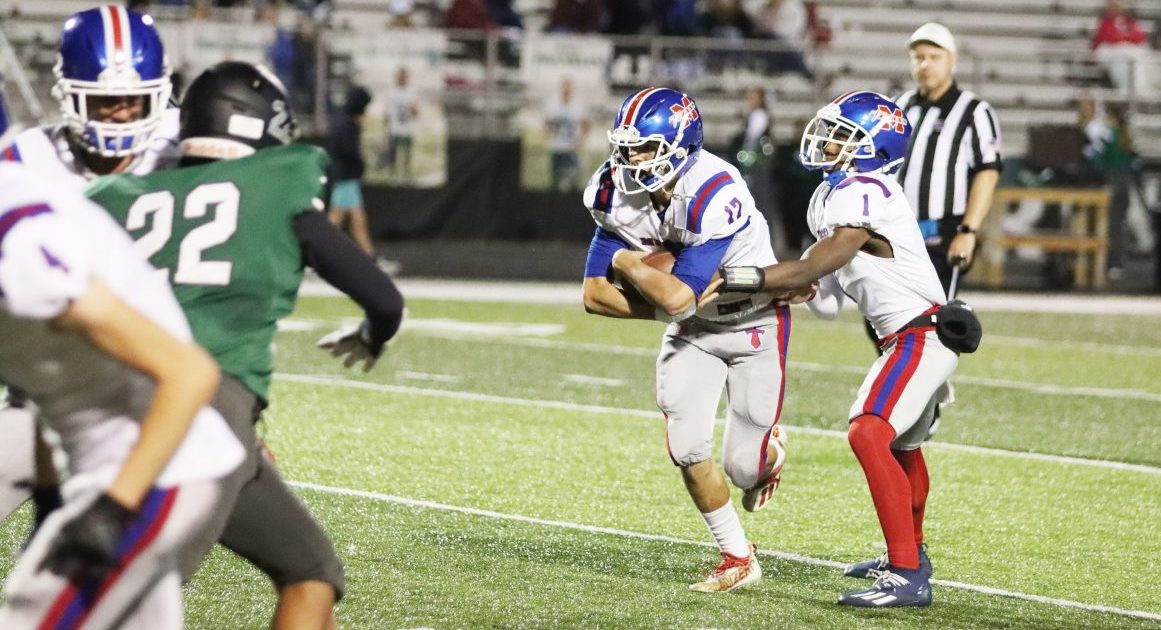 The Mercer County football team (3-2) got back into the win column with a dominate performance over the Western Hills Wolverines (1-5), winning the district match-up, 56-6, on Friday, Sept. 30. Mercer was in control the whole game scoring eight touchdowns with two in the air, five on the ground and one on defense.

The Wolverines started with the ball on their 20 yard line after a touchback from Gavin Wilson. Western Hills picked up three first downs overcoming a big play by Mason Kirkland in the back field. The Titans defense rallied and stopped the Wolverines running back shot on a fourth and four giving Mercer the ball on their own 41 yard line.

After a holding penalty negated a big gain, Mercer picked up 26 yards with Denim Griffieth running the ball between the tackles. Quarterback Thaddeus Mays had another chunk play making multiple defenders miss on his way to gaining 24 yards. Mercer punched in from six yards out the next play with Griffieth scoring his first of three touchdowns on the night. Senior Jase Cocanougher put the extra point through and was perfect on the night making all eight with Garrett Fister snapping and Mays holding, 7-0.

On the Western Hills second drive senior linebacker Morgan Pennington set the tone with a tackle for a loss in the backfield. Junior Caden Semrau forced a fumble in the backfield and Kingston Mays was in the right place at the right time collecting the fumble and taking it to the house for a Titan touchdown, 14-0.