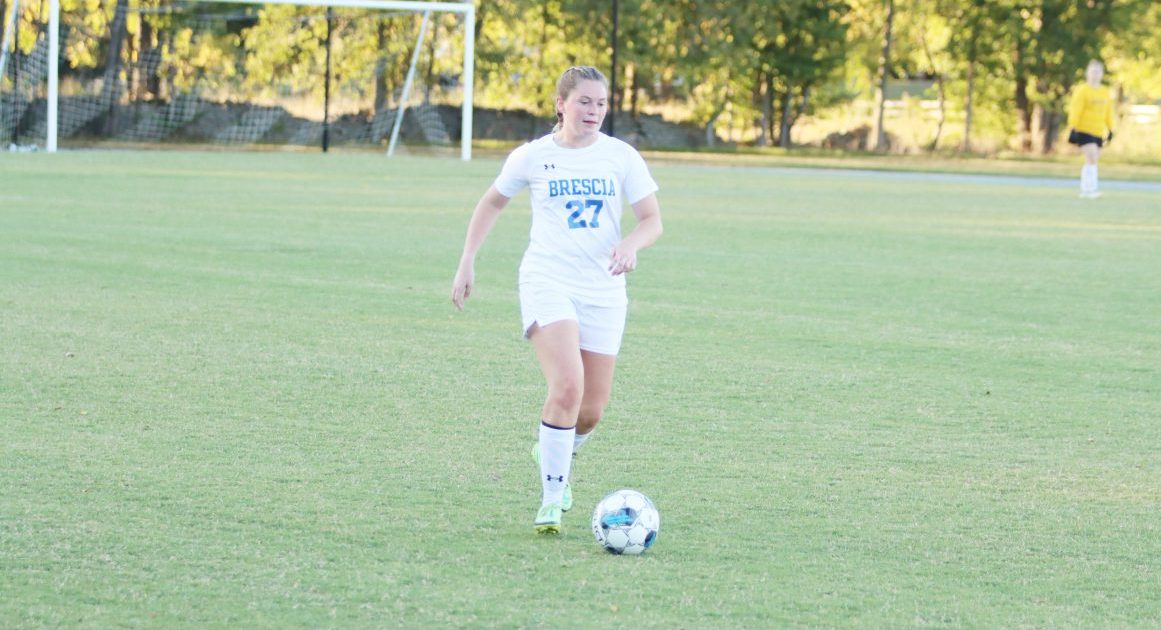 The Harrodsburg Herald/Wesley Bird
Mercer alumna and senior Brescia soccer player Aubrey Jones returned to Harrodsburg to get the win against the Pioneers in front of her friends and family.

The Campbellsville University Harrodsburg (CUH) women’s soccer team hosted the Brescia University Bearcats Thursday, Sept. 22. With the Bearcats coming to Harrodsburg, it gave Mercer’s own Aubrey Jones a chance to play back in her hometown one more time in her senior year.

Jones started for the Mercer County Titans girls’ soccer team for four seasons from 2015 to 2018. She was a key member of the Titans most successful team in 2017 that were 12th Region runner ups. Her high school accolades include two time All-District tournament team, two time All-Area first team, first team All 12th Region and she was on the girls track and field team that won state in 2019.

Building on her great soccer career, Jones has been playing for the Brescia Bearcats for four seasons and is finishing her speech pathology degree and will graduate early this December.

This particular game was special for Jones and one she has been looking forward to for years.

“It was great coming back home for a college game,” she said. “It’s a game I have been looking forward to since we scheduled it two years ago.”