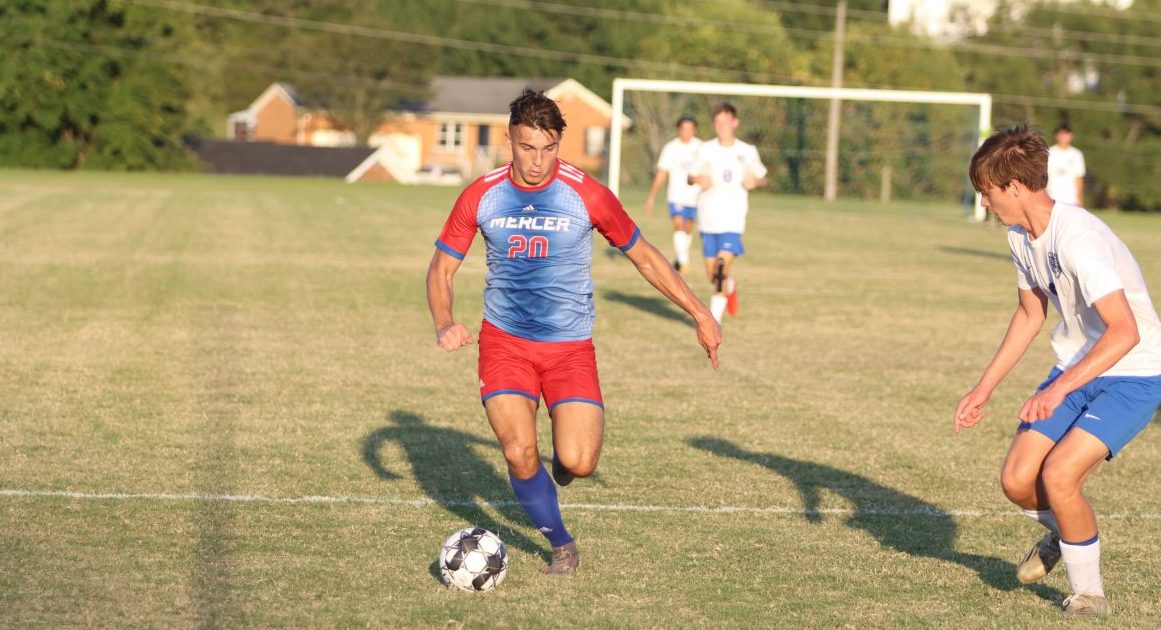 The Harrodsburg Herald/Wesley Bird
Senior Beau Brown made a run at the Danville goal in the Titans’ 1-0 win over the Admirals Tuesday, Sept. 20.

Danville had the first look at goal of the game firing one well above Cocanougher in the goal (1′). Mercer followed up with Bess finding Wilson for a deep shot that was wide left (6′). Wilson had a good pass to Diaz-Ward in the box, but his shot had too much on it (8′). The Titans attackers kept the pressure on Danville with Johnson taking shot in the top left corner of the goal that was stopped by the Ads keeper giving Mercer a corner kick (11′).

Cocanougher scooped up a ball in the box to keep the scoreboard empty (15′). Brown took a run from his back line position and his shot was hit out of bounds by the Danville keeper (19′). It was the Admirals turn to attack with Cocanougher making a tough save at the top of the goal and Maddox blocking a shot on goal (20′, 23′).

Bess made a good run to the goal to earn a corner for Mercer that was cleared out to Wilson for a nice header, but the Danville keeper was ready for it (35′). The Admirals had the last shot on goal of the first half caught by Cocanougher to go into halftime 0-0.