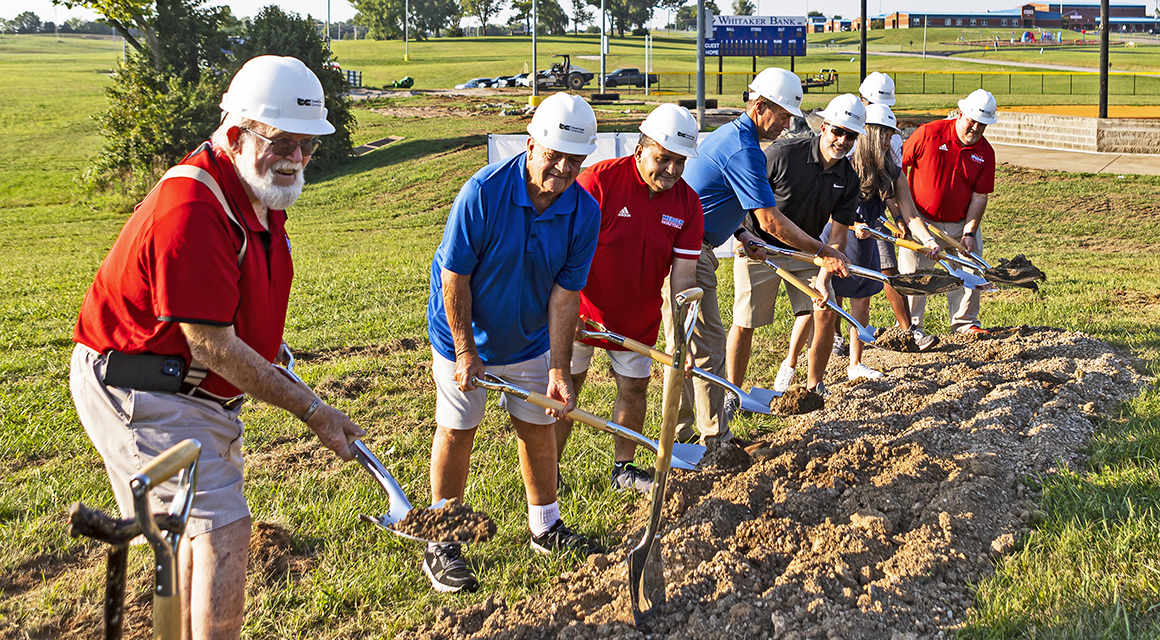 The Harrodsburg Herald/Robert Moore
Officials from the Mercer County School District break ground on the new athletic complex on July 21. The school board recently approved a change order that could save $84,000 on construction.

District Hopes To Save $84,000 On Athletic Complex

The Mercer County Board of Education approved the 2022-2023 working budget. At their regular meeting on Tuesday, Sept. 20, the school board voted unanimously to approve a working budget which includes budgeted general fund revenue of $26,795,786—an increase of $1.73 million, according to figures made available by the district­—versus budgeted general fund expenses of $23,213,140, an increase of $366,486 compared to the tentative budget which the board approved in May.

Minor told the board the working budget is the final step in the district’s budgeting process, which began in January with a draft budget. Minor said the tentative estimates for Support Education Excellence in Kentucky (SEEK) funding from the state were $11.01 million. Minor said only $10.85 million in SEEK funds was budgeted. She said the district will not receive the final SEEK numbers until the spring.

Board member Billy G. Montgomery moved to accept the budget, which was seconded by board member Cliff Prewitt. The budget passed unanimously. Following the vote, board member Larry Yeager thanked Minor for her hard work. Board chairman Randy Phillips noted the 15.43 percent contingency is the highest they’ve had in at least five years.

The board approved the 2022-23 final site-based decision making allocations, which are based on enrollment and attendance numbers. Minor said Mercer County Senior High School and Mercer County Intermediate School are gaining funds.

The board also approved the 2022-23 salary schedule update. Teachers who cover for other teachers during their planning period get paid extra.

In other business, the Mercer County Board of Education approved a change order on the construction of the athletic complex at Mercer County Senior High School. The change order will decrease cost by approximately $84,000. The change order reduces the cost of the project from $4.58 million to $4.57 million. The projected savings comes from using smooth face concrete masonry unit instead of ground face concrete masonry unit. The move will not impact the completion date for the project.

The savings come as good news to the school board.

“These are the kind of change orders we like,” Superintendent Jason Booher said.