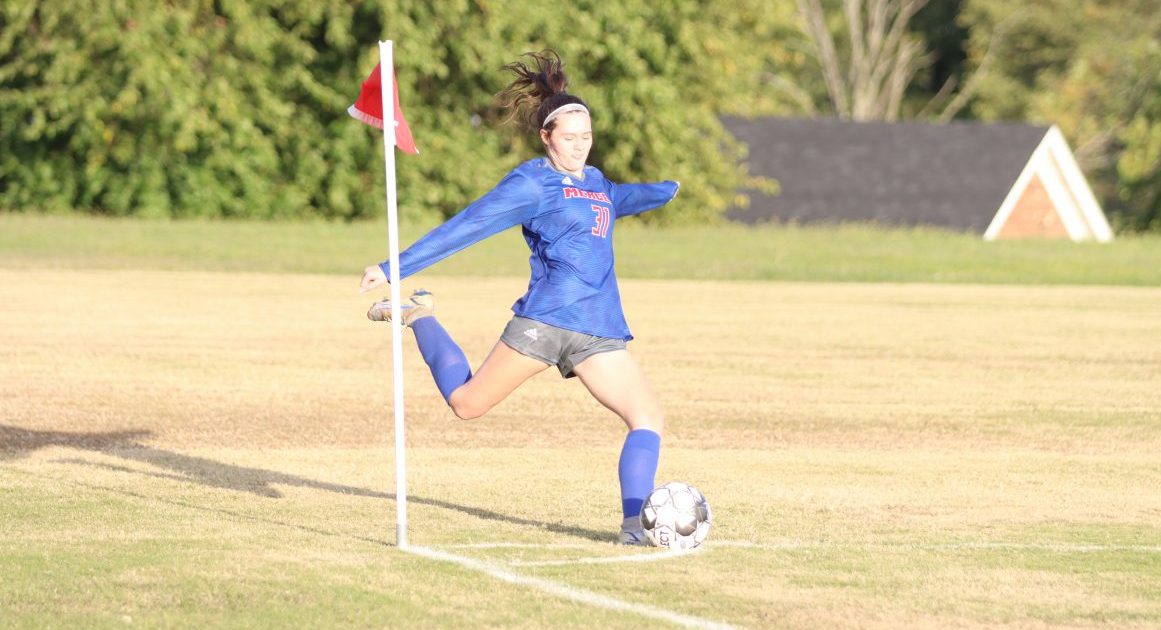 The Harrodsburg Herald/Wesley Bird
Senior Aaliyah Grubbs sent the ball into the box from the corner in the Titans’ senior game against Garrard County on Monday, Sept. 26.

The Mercer County Titans girls soccer team (4-10-3) lost, 0-1, a lackluster game to the Garrard County Lady Lions (2-12) Monday, Sept. 26. Garrard County was the worst team in the 12th Region winning one game this season and have been out scored eight to 70 until playing the Titans. Mercer was lethargic and didn’t show much effort on the attack until the fading minutes of the game. The Titans did spotlight their five seniors before the game with Aaliyah Grubbs, Ryleigh Sipe, Lillie Travillian, Abigail Harrod and Ivonne Tapia playing their last regular season home game.

Laykin Irvin had an early shot in the box that was wide left and Travillian had a shot caught by the Lions keeper (4′, 5′). Garrard had a run down the left sideline and put a tough angle shot over Sipe to take the lead (16′), 0-1. The back line of Sarah Porter, Blaize Sims and Adison Wilham battled on defense to stop any more shots on goal in the first half.

Irvin tried to even up the score with a shot over the goal and another one blocked by the Lions keeper (20′, 25′). Travillian had another look at the goal, but her shot was wide left (26′). Mercer’s best chance of the game came from freshman Kiley Waldridge finding Irvin in the box for a shot that hit the cross bar (34′).

The Titans lacked a since of urgency on offense with Head Coach Culver yelling for his players to take more shots. On defense, Mercer played well only allowing one unlucky shot to go in and ruled time of possession. Garrard County only had one available sub and Mercer had a few players who needed out of the game for breathing issues.