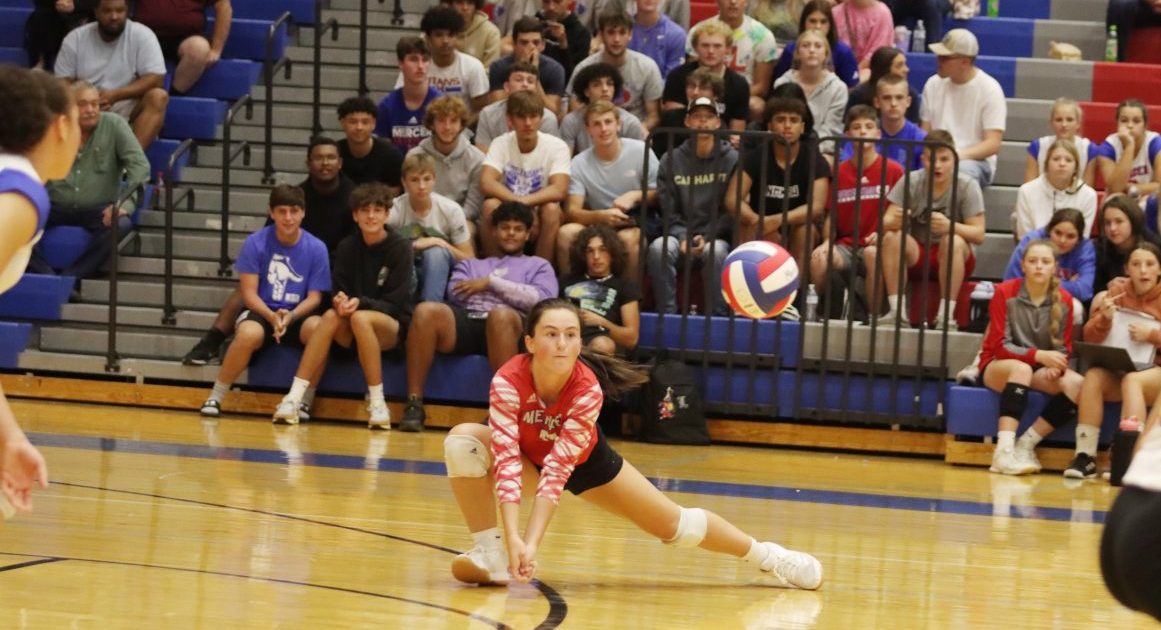 The Harrodsburg Herald/Wesley Bird
Senior Kallise Gammon went for the dig in Mercer’s division loss to the West Jessamine Colts on Thursday, Sept. 15.

The Mercer County Titans volleyball team (11-6) couldn’t get past the West Jessamine (11-9) wall falling 3-0 Thursday, Sept. 15. The Colts have been the standard in the 12th region in volleyball for years winning five of the last six region championships and 10 straight district championships. West Jessamine typically has a few schools worth of taller athletes and are coached well.

The first set started with freshman Teigh Yeast putting Mercer on the scoreboard with a kill, 1-0. West Jessamine scored the next three points with a kill and two errors from the Titans, 1-3. The two teams traded service errors followed by the Colts getting two kills, 3-6.

The height of the Colts continued to prevail with Jai Maria Piazza getting blocked at the net and going on a run with powerful kills, 3-11. Mercer picked up a point on a service error and Kallise Gammon was putting in some work from her libero position, but West Jessamine spikes kept coming, 4-15.

The Titans hitters had chances with Yeast putting a kill out of bounds and Ralasia Piazza hitting the net, 5-18. Jorga Sanford and R. Piazza combined to block a kill at the net from the Colts, 6-18. The two teams had their longest rally of the set with both sides laying out for digs, but West Jessamine came away with the point, 6-20.